Don researched and wrote all three studies of Korean issues -- North Korea, South Korea and the late Kim Dae Jung -- for the Encyclopedia of Human Rights, published by Oxford University Press in 2009. These lengthy entries, in volume three of the five-volume set, discuss and analyze in detail, from a wide range of sources, the hugely differing histories and experiences of the two Koreas in dealing with the fundamental rights of their citizens to life and liberty. The articles were written at the request of David Forsythe, distinguished professor at the University of Nebraska and editor-in-chief of this monumental project.

The article on North Korea covers the tragedy of the gulag, in which tens of thousands of North Korean citizens are consigned to work, suffer and die. David Hawk's studies, notably The Hidden Gulag, provided much useful material. The article on South Korea analyzes the country's transition from the Korean War through the era of dictatorship to democracy. The biographical entry on Kim Dae Jung chronicles his life from his birth, upbringing and education in South Cholla Province, an oppressed region in southwestern Korea, to his battles with Korea's dictatorial leaders to his election as president in 1997, his June 2000 summit with North Korea's Kim Jong Il, his long quest for the Nobel Peace Prize and the corruption that compromised and complicates his legacy.

"This encyclopedia comes at a momentous time in the world movement to protect human rights because it is now maturing into a force to be reckoned with." -- Andrew Natsios, author, The Great North Korean Famine, distinguished professor, the Walsh School of Foreign Service, Georgetown University.

"A vital resource on one of the most important topics of our time."

"Encyclopedia of Human Rights is a thorough and balanced effort to define, explain, and analyze a complex topic that Louise Arbour, former UN High Commissioner for Human Rights and author of the foreword, calls 'a story that is still being told.' The set is intended to be a 'tool for all those who are interested in increasing their own capacity to advance the realization of human rights in their community, their nations, and our common world.'.... The intended audience is students and the general public as well as scholars.... Country articles are especially strong in their inclusion of the history and present situation of human rights and the roles played by geopolitical and ethnic factors. At 5 to 15 pages in length, articles are clearly written and well organized, each beginning with an introduction to the topic and divided into subtopics. Each article concludes with an expertly selected bibliography, with items ranging from scholarly monographs to publications of international government organizations and NGOs.... The bibliographies will be excellent resources for students wanting to identify further reading for paper topics. The Encyclopedia of Human Rights is a vital resource on one of the most important topics of our time. It is an essential purchase for law, college and university, and large public libraries." --Christine Whittington, Booklist

"I am confident that this five-volume set will provide useful assistance to those who stand up for rights, their own and those of others."--From the Foreword by Louise Arbour, former United Nations High Commissioner for Human Rights

"The best features of this work are the excellence of the articles, both for the clear and understandable prose and the in-depth analyses of the subjects, the very detailed index, and the carefully selected bibliographies...This encyclopedia provides a much-needed addition to the literature on human rights and should serve as the major resource for students, researchers, and human rights workers seeking the kind of analytical information it presents." --American Reference Books Annual

"Forsythe has produced a magnum opus sure to take its place as a major contribution to the literature. All previous encyclopedic works on the subject pale in comparison. The sheer massiveness of this undertaking makes it a remarkable achievement."--CHOICE, Editor's Pick

"Truly satisfies one of the pleasures that lie at the heart of being a historian: finding facts and isolating critical turning points in the intellectual history of the human rights idea. And for those readers seeking answers to a vast array of questions in a quick and accessible manner, this encyclopedia will serve students, teachers, and interested readers extremely well. For those of us in the field, it allows us to quickly summarize areas we might include in teaching syllabi or within our own research with extensive bibliographies that point the direction forward for further research." --Human Rights Quarterly 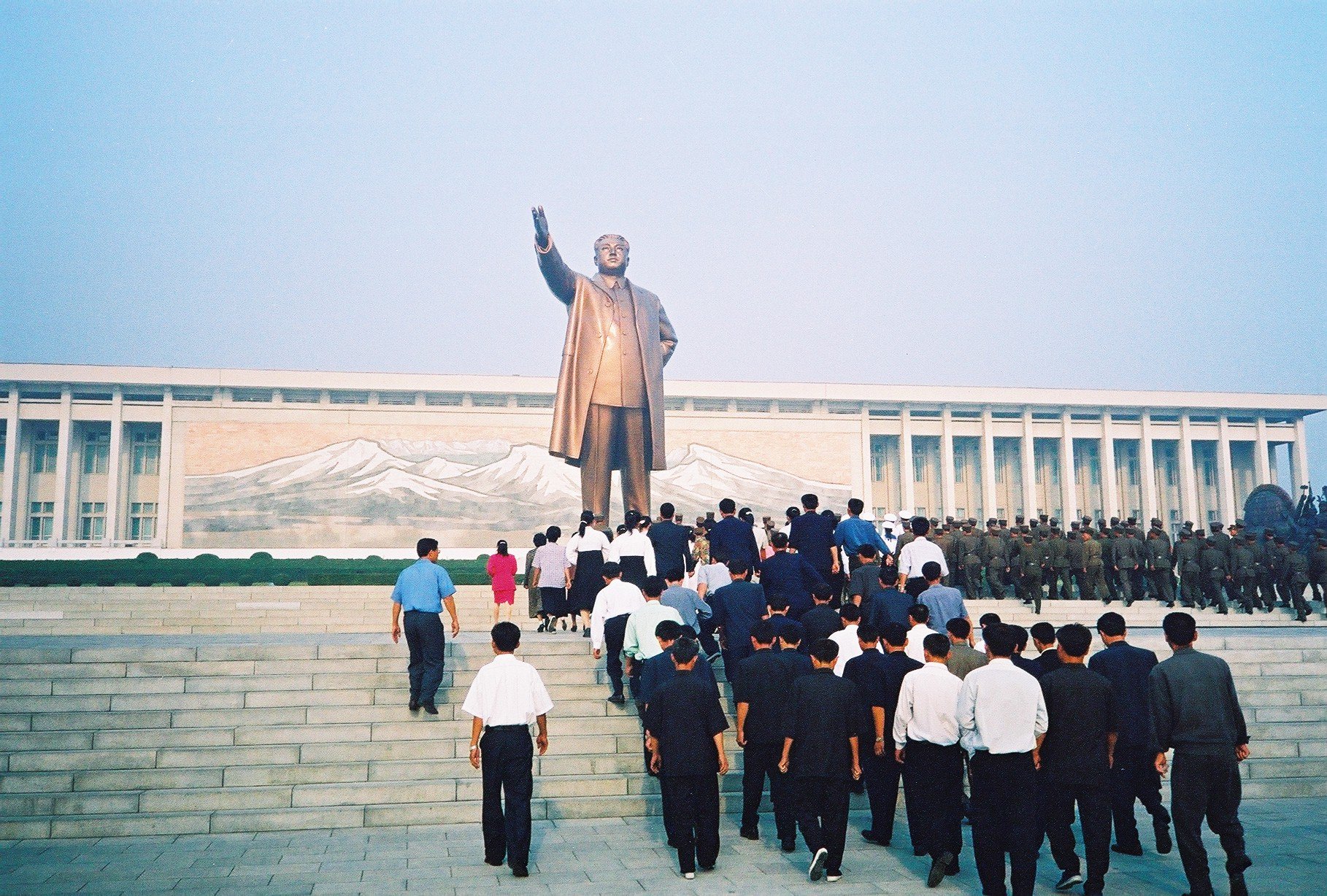 Crowds swarm to bow before statue of the Great Leader, Kim Il Sung 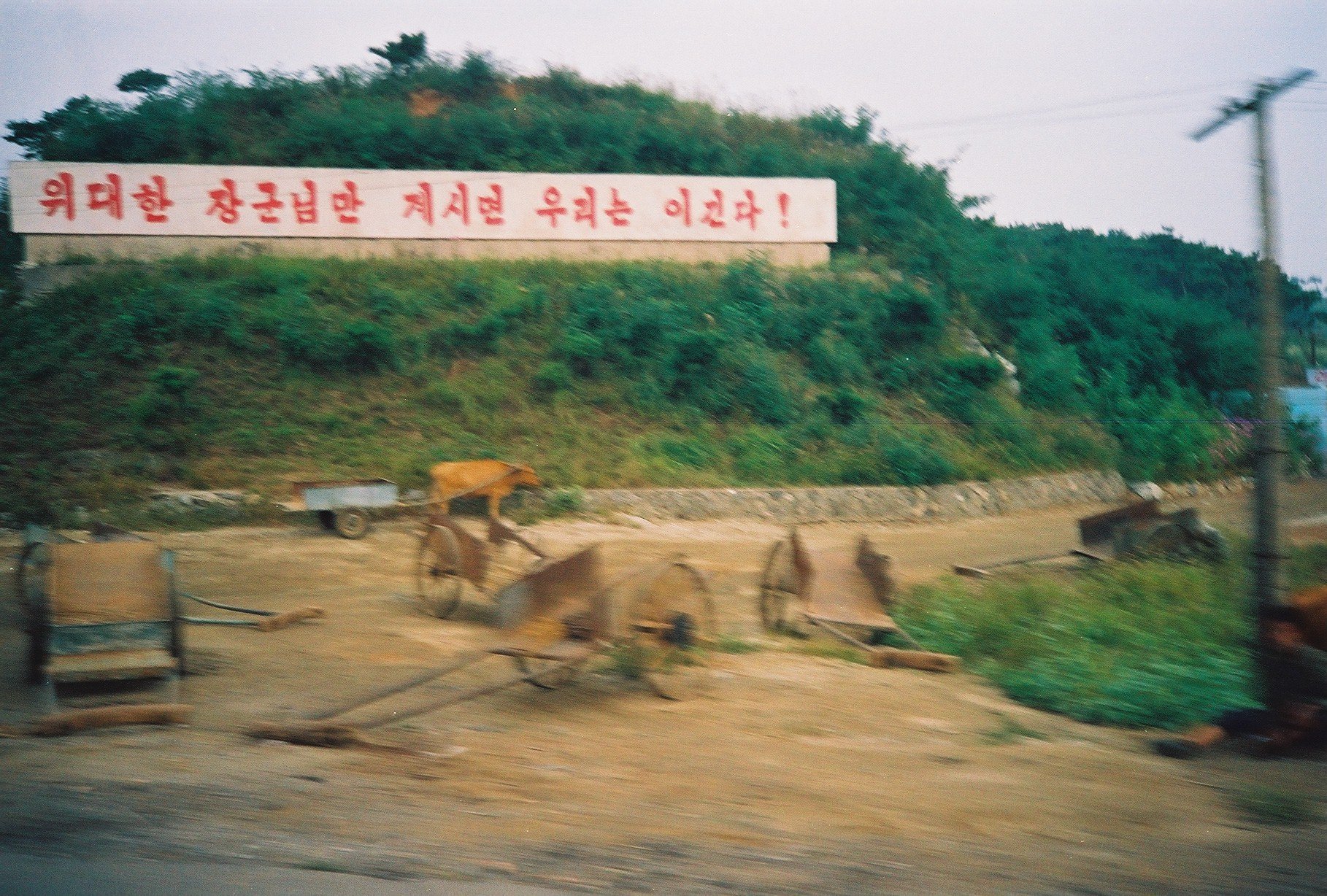 Cattle power driving the North Korean economy beside highway to the port city of Nampo beneath slogan urging, "Win with the Great Leader" 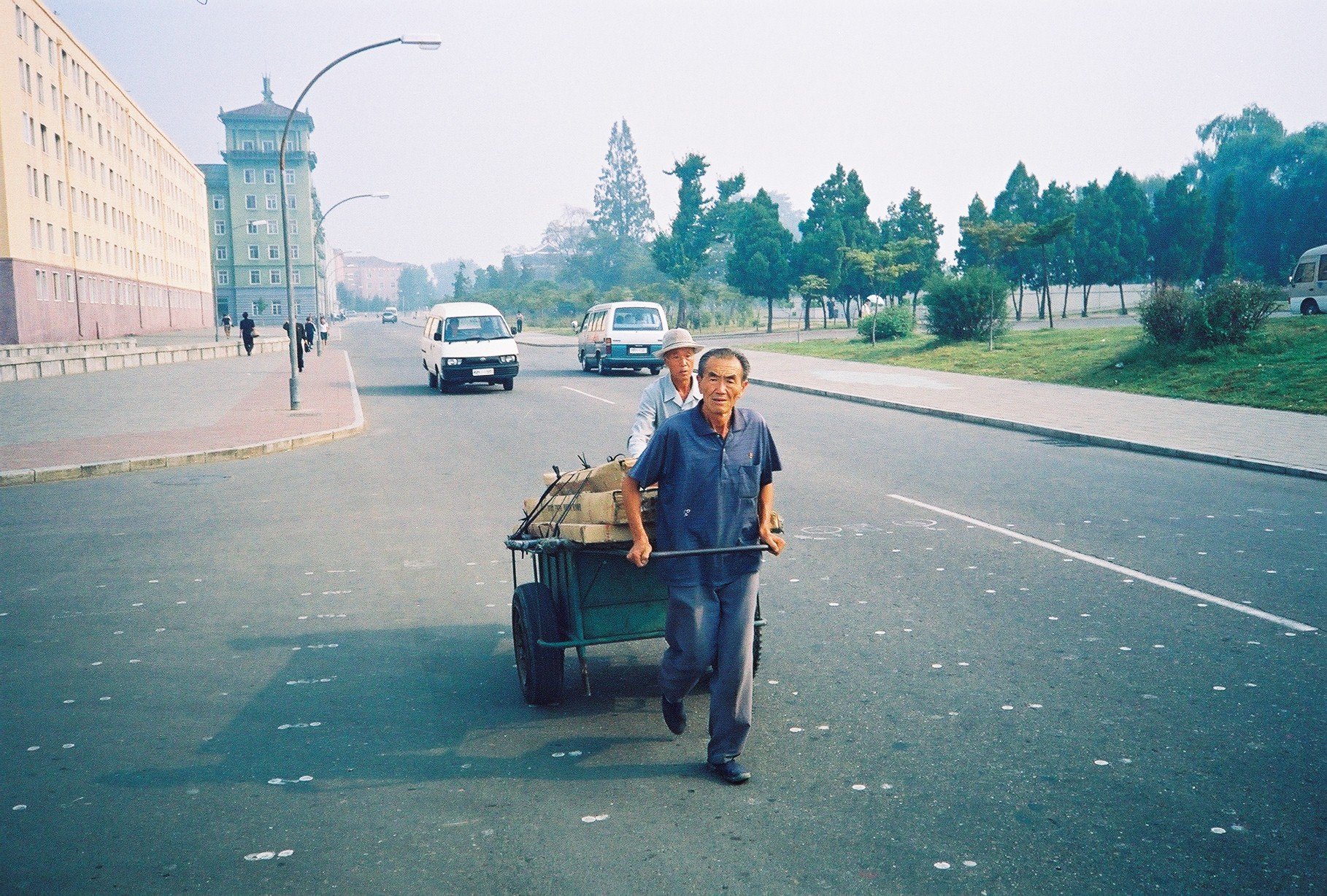 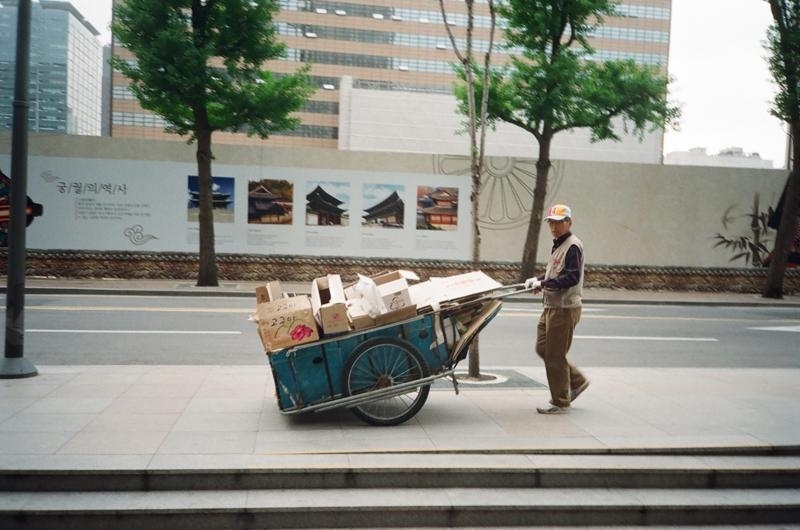 People power, Seoul, pushing a cart in the center of the city near the avenue once reserved for royalty 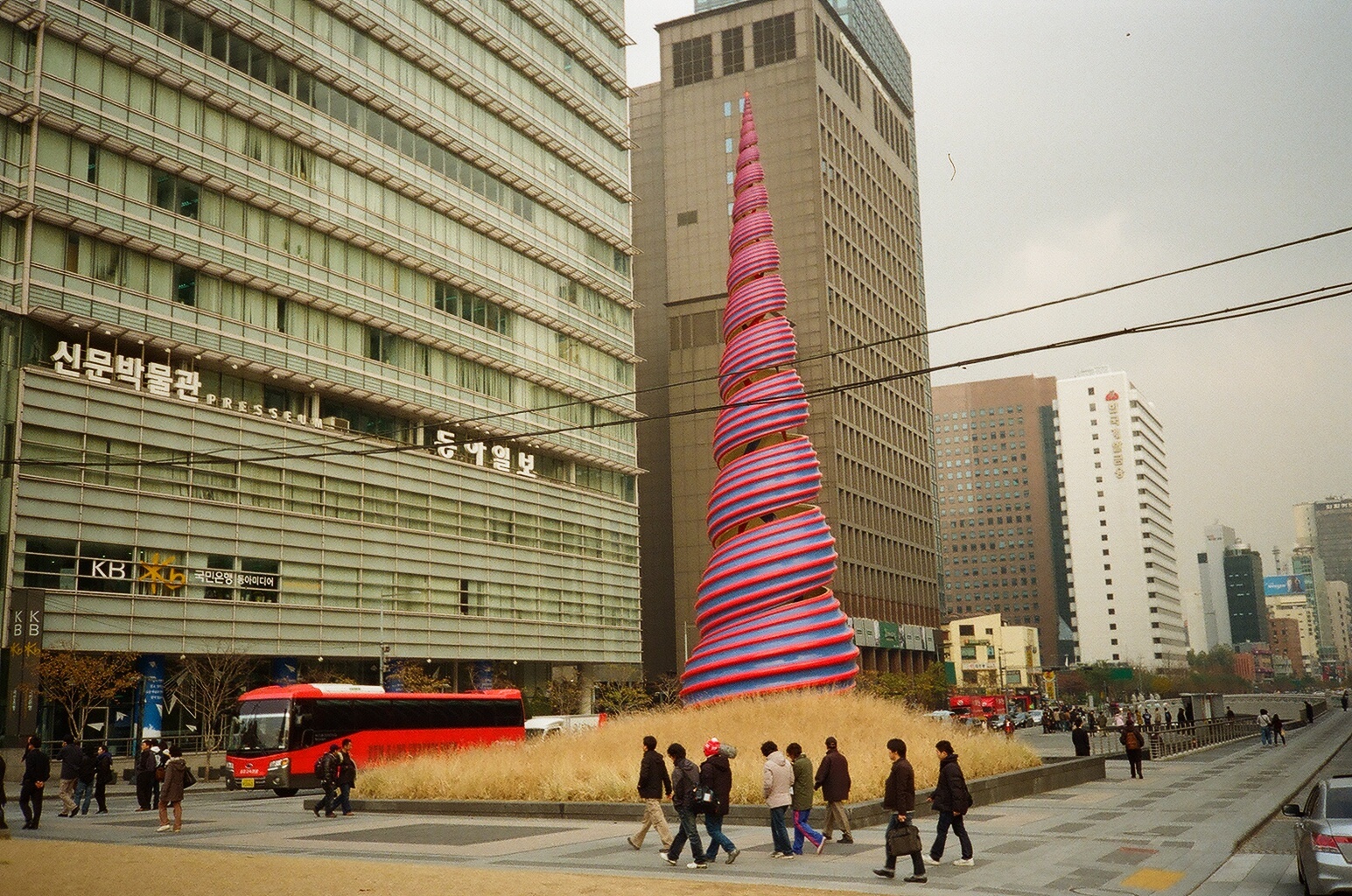 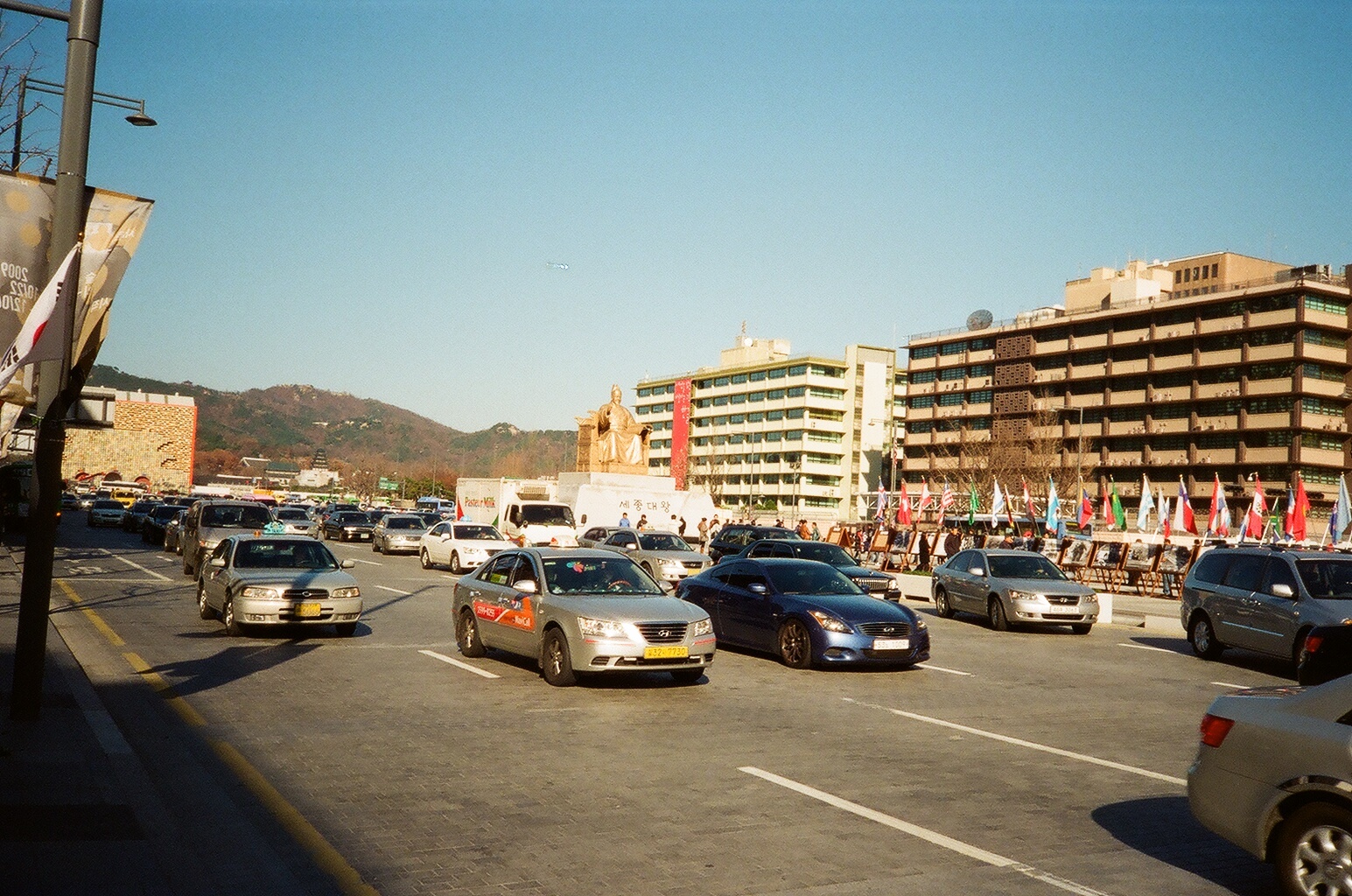 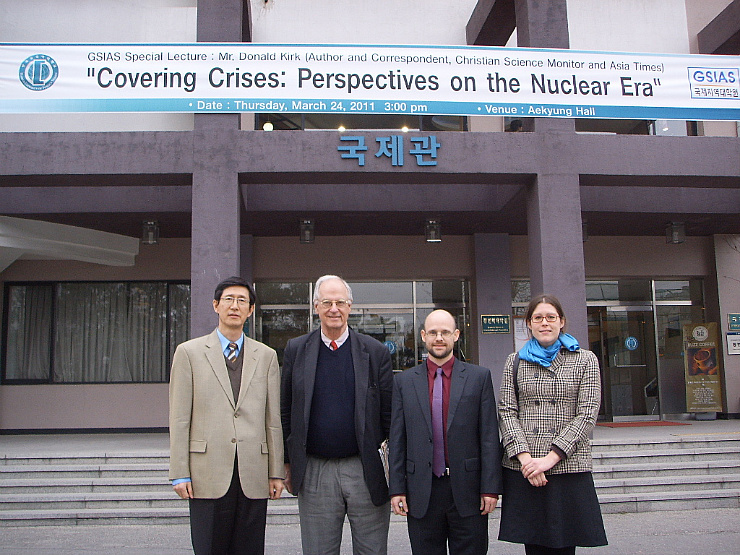 "Covering Crises: Perspectives in the Nuclear Era," the topic of a talk given by Don at Hankook University's Graduate School of International and Area Studies. Dean Cho Younghan, Don, Lecturer Mason Richey and Eva John line up after the talk. The banner above the entrance proclaims the event. 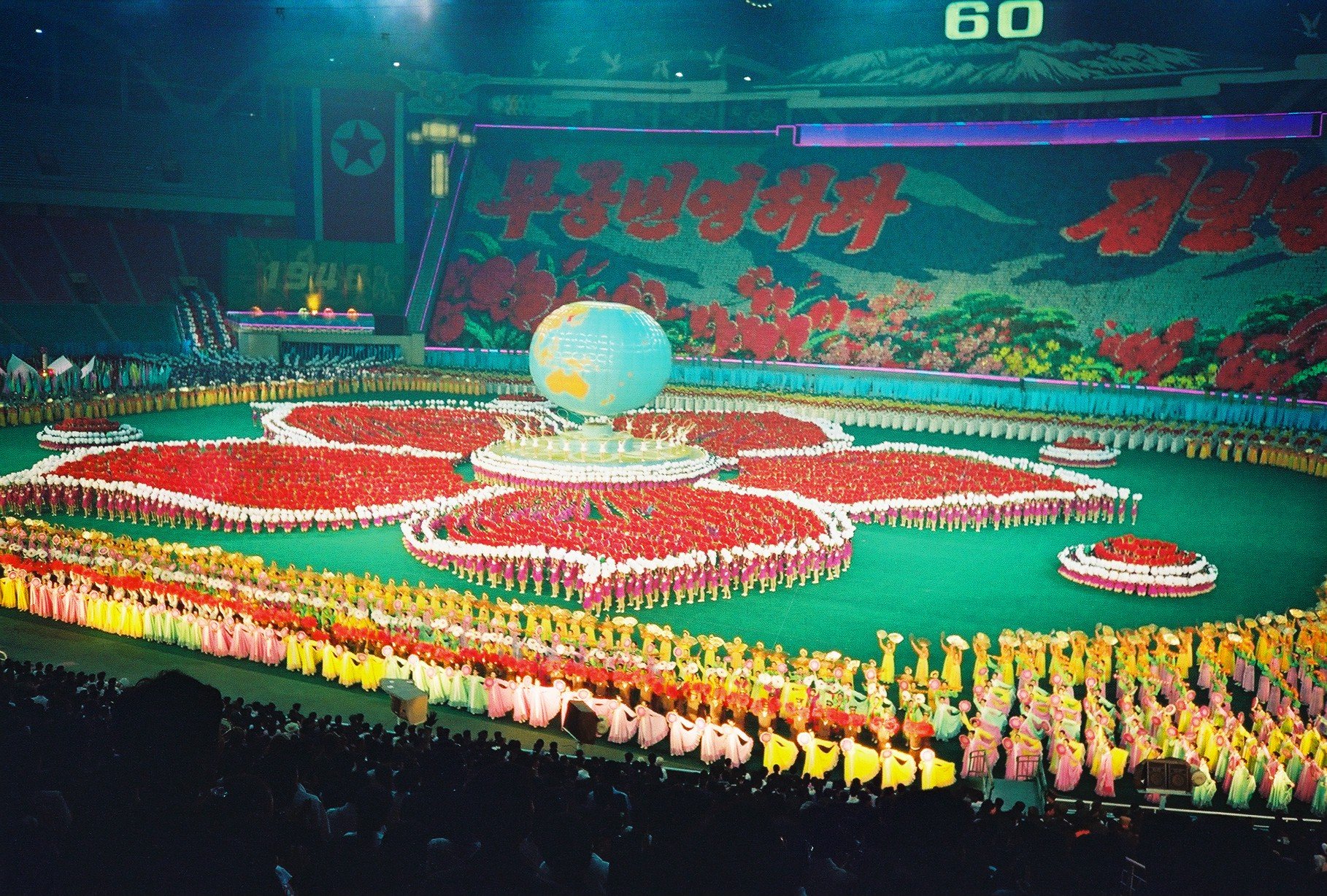 100,000 performers dancing on the turf and flashing cards in the stands at Arirang Festival, May First Stadium, September 2008, marking 60th anniversary of the founding of the Democratic People's Republic of Korea 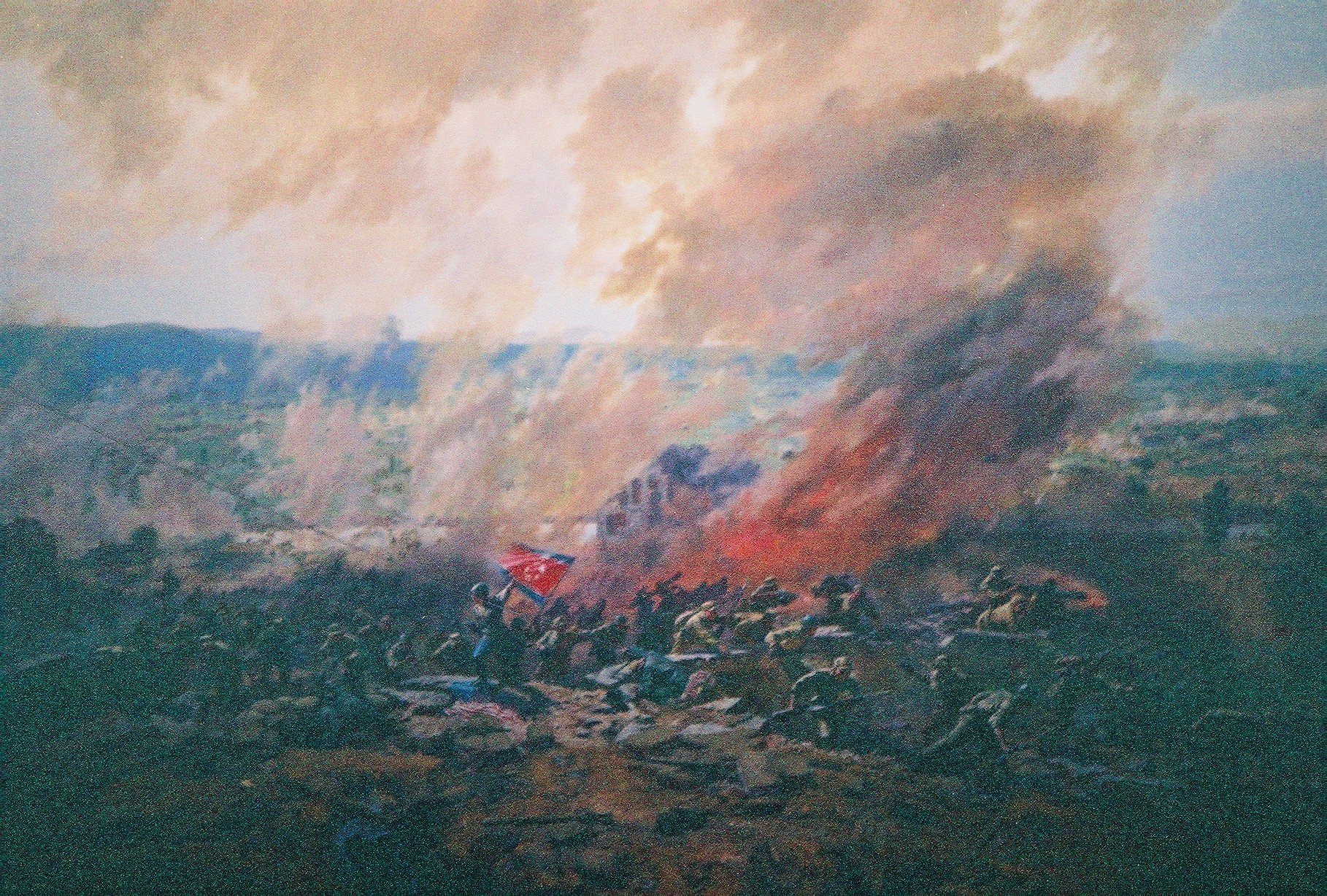 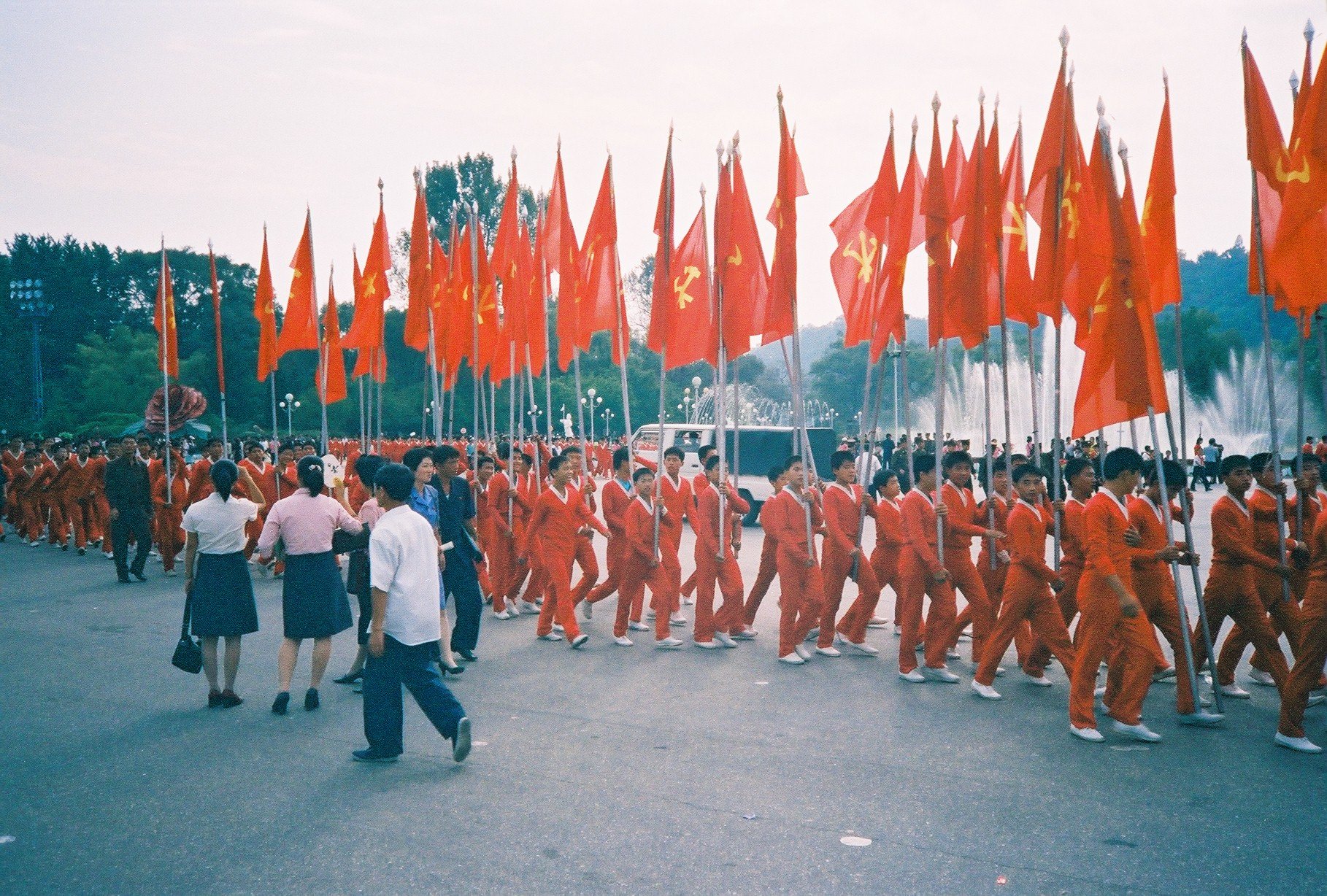 Performers marching to May First Stadium for the Arirang Festival 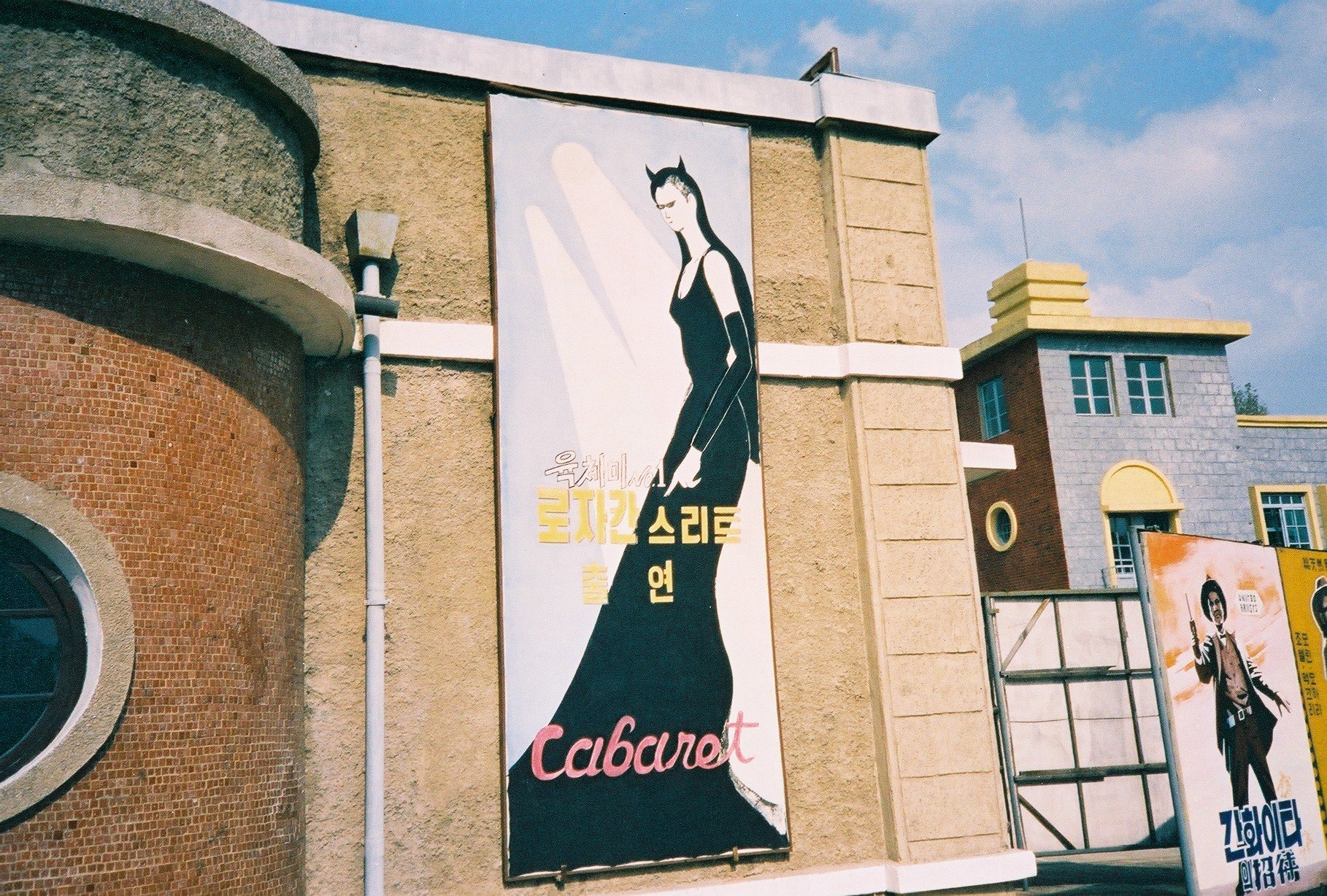 Western decadence, as depicted on set at film studios, Pyongyang 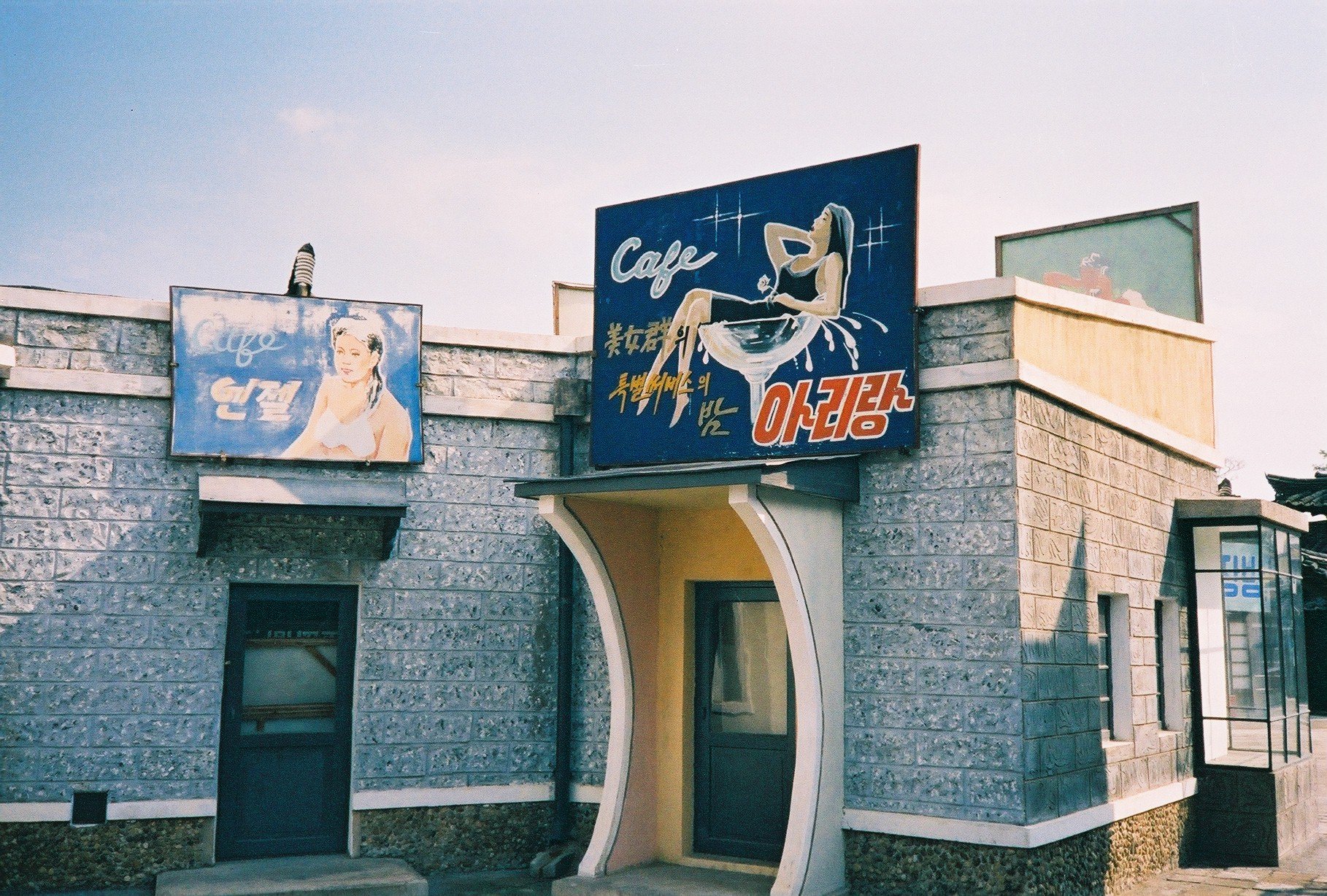 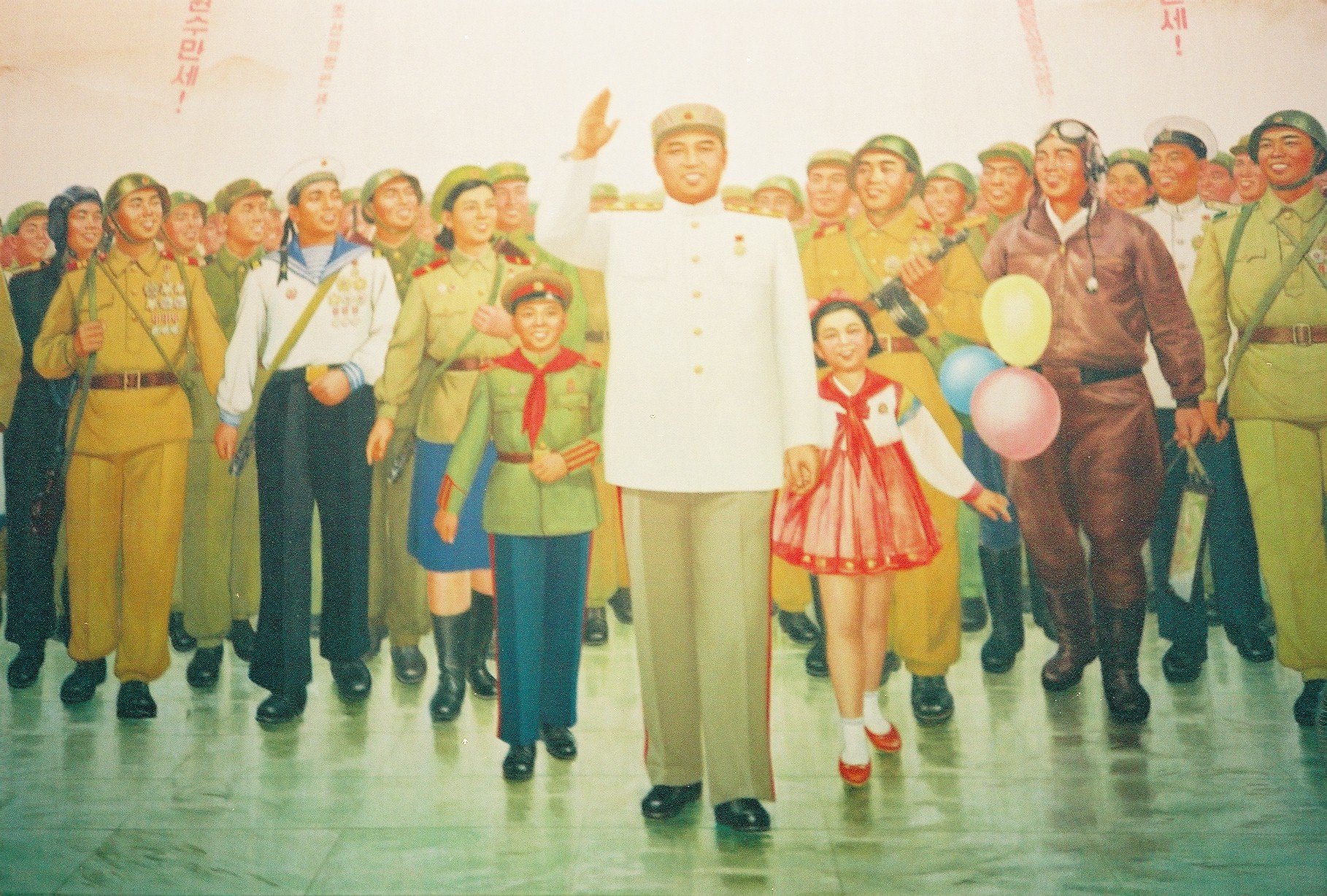 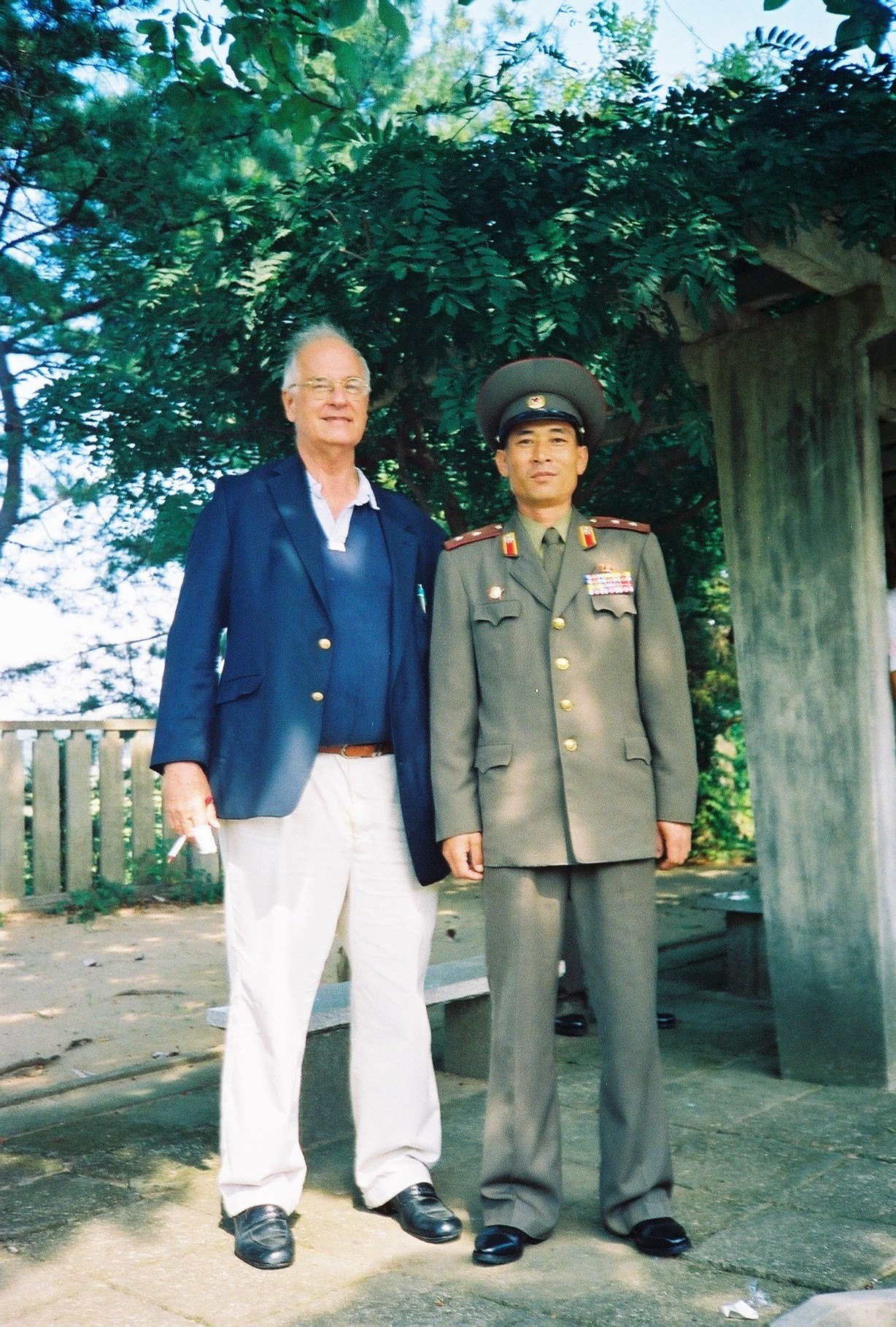 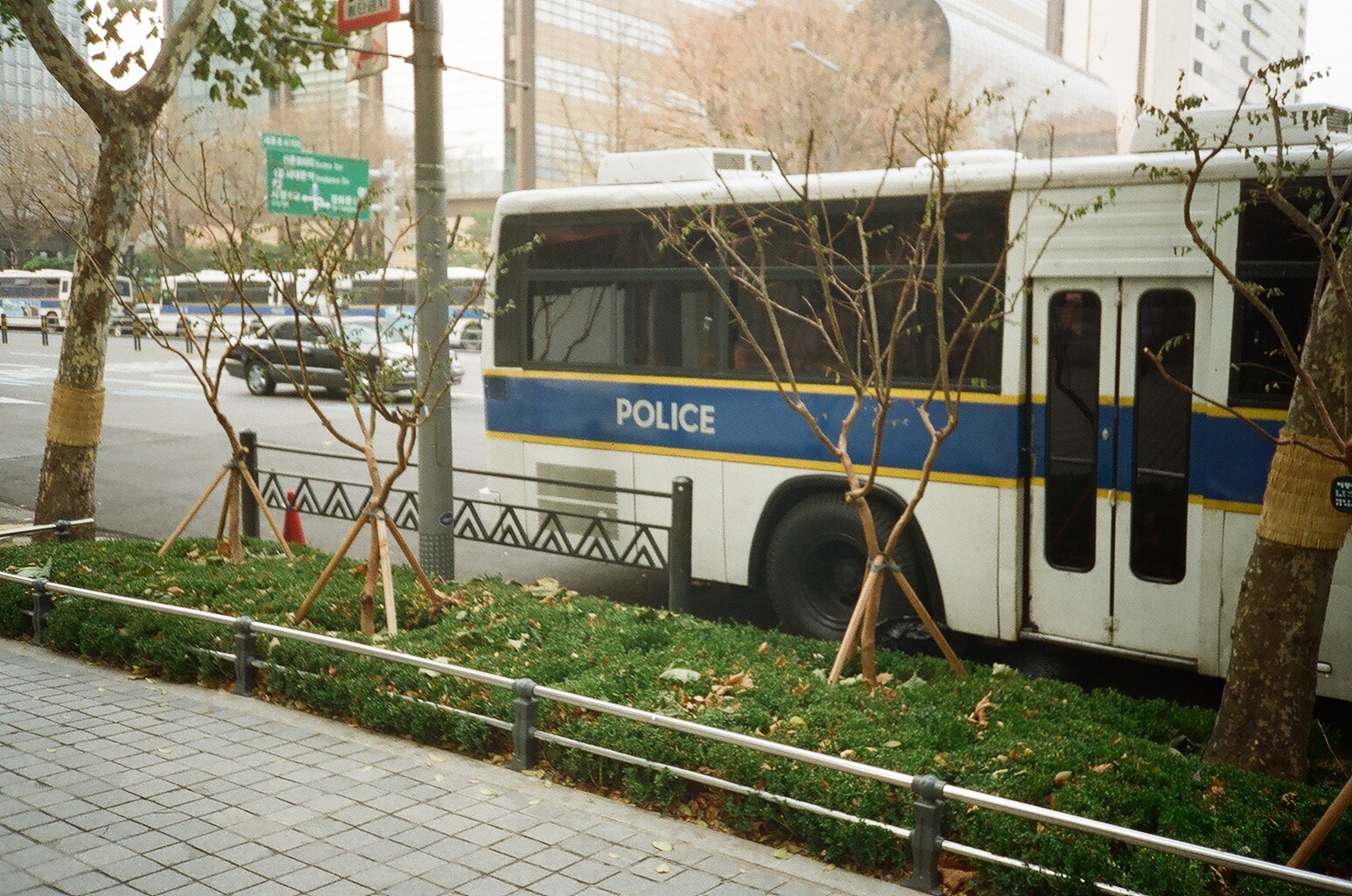 Police buses on guard on either side of Jong-ro, historic avenue in central Seoul 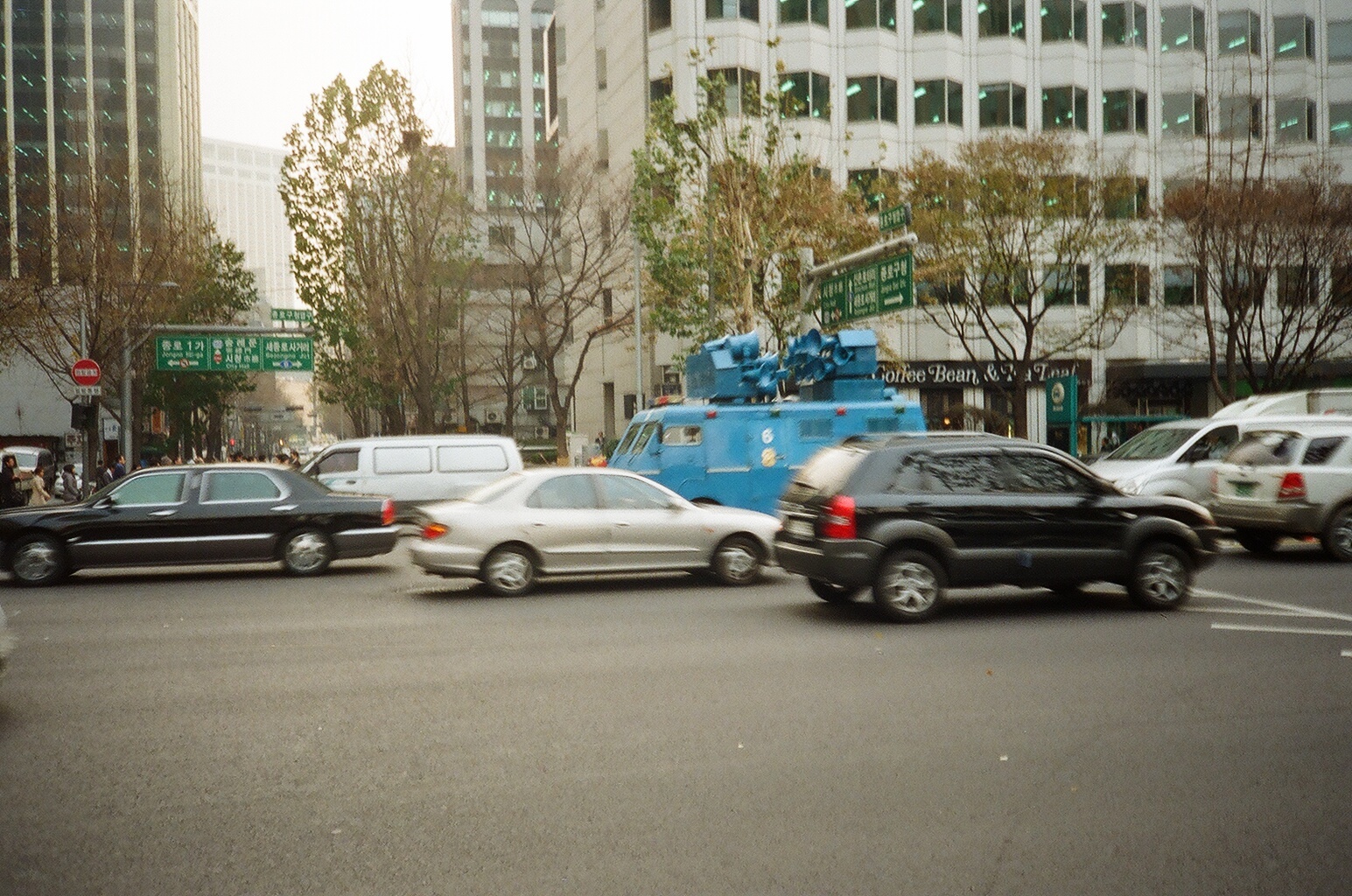 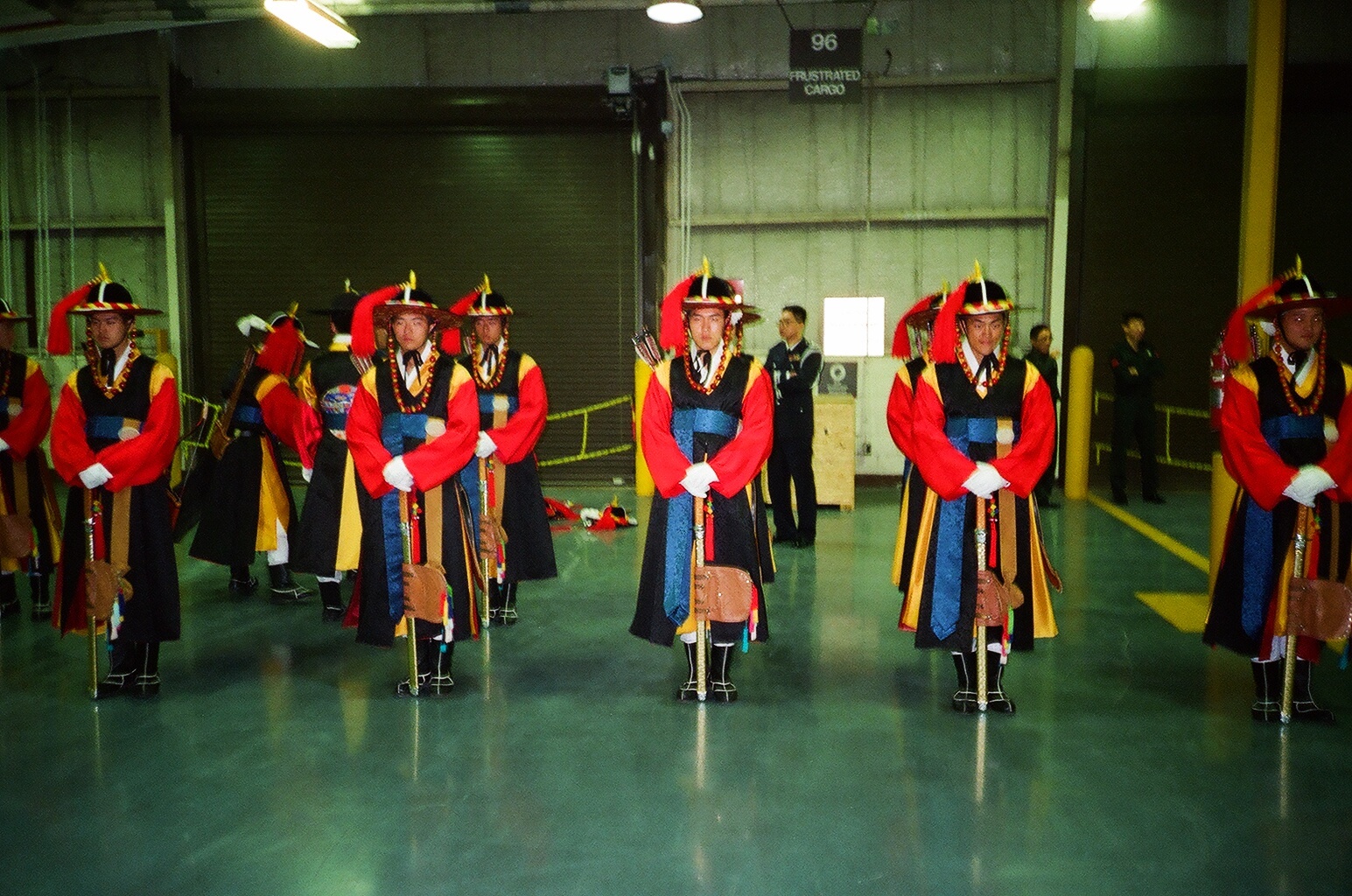 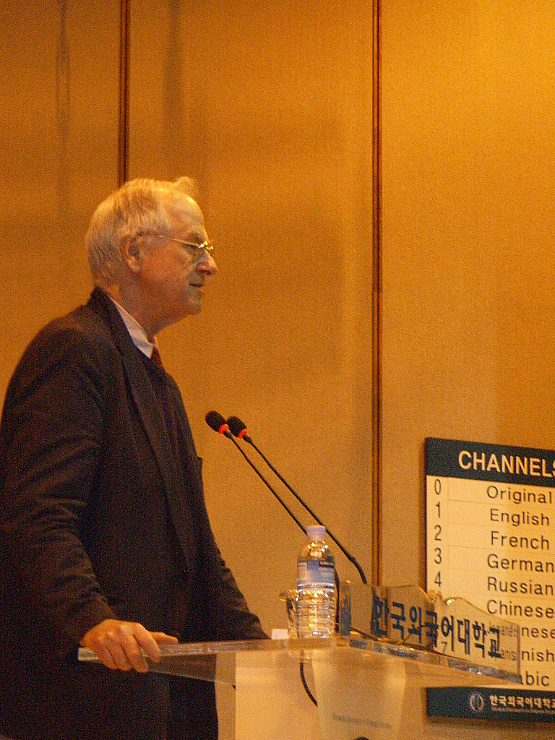 Holding forth at Hankook University on "Covering Crises"