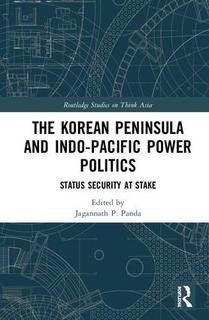 Tell it to the Dead: Stories of a War

LZ Valkyirie, Cambodia, Veterans' Recollections, May 1970
Including photos, 1st battalion, 22nd infantry, from the book
Vietnam Revisited
Looking back years after "the fall" of Saigon
We Must Not Repeat the Mistakes of Vietnam
Wall Street Journal, April 2005, 30 yeas later

"One of the best written, least known books on the Vietnam war, TELL IT TO THE DEAD rates four stars from us. Read it and see why."
- - MilitaryCorruption.com 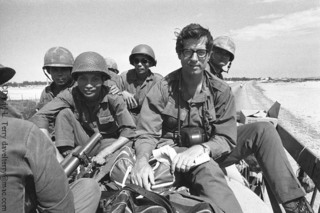 Uh oh, the author of this review didn't like the book at all:

"Kirk's book is a classic of its type, a positive gem of deliberately biased reporting seeking to present itself as reflecting the overall attitudes..." 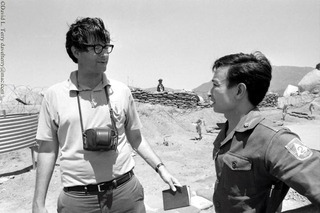 “A searing, skeptical look at the Vietnam War as seen by the G.I. in the jungles.”

“Is what I'm seeing what I'm seeing? Kirk, in these stories, wonderfully carries the reader through key stages of that strange struggle, with a feel for the action and grasp of political paradoxes that few others have matched, and that a new generation of readers and writers would do well to learn from.”

"The My Lai massacre....could only be the illegal face of a 'legal' campaign of slaughter: the authorised military tactic of 'recon by fire,' as Kirk notes in his evocative book, was to 'fire blindly into the bush.'"

More than two decades after the original edition, subtitled “Memories of a War,” the author has added six chapters, an extraordinary glossary of terms unique to the era, plus photographs, including the cover, that he shot during the war and in later visits. Arthur J. Dommen, journalist, author and colleague, has contributed a glowing new foreword.

The Vietnam War was fought on thousands of fronts from the northern mountains to the Mekong delta. The author reflects and refracts the suffering of Americans, Vietnamese, Khmer, soldiers and civilians, in the cities and countryside, describing personal experiences and responses to the sights and sounds of fighting and dying.

Visiting Saigon 20 years after the defeat of the American-backed forces, he returns to the scene of the napalming of a Vietnamese girl whom he last saw as she ran down a road followed by her little brother, flimsy bandages wrapped around them, minutes after Associated Press photographer Nick Ut captured the girl naked in one of the war’s most telling portraits.

Back in the USA, the author sees disillusioned veterans and foes of the war, and he recounts his reunions with his war-time assistant and family, first at their home in Saigon and finally as they settled into new lives in California.

Here is a rich and varied tapestry of America’s greatest tragedy since the Civil War.

”In 1975 North Vietnamese tanks rolled into Saigon, and the Vietnam War became a memory for the foreign correspondents who covered it. In that year Donald Kirk published a book whose title,Tell It to the Dead, quoted a marine whom he met seven years earlier at Khe Sanh, one of the bloodiest battlefields of the war. The comment is as evocative as ever of the bitter feelings of those who fought a war that the American public has not yet come to grips with. It is fitting that Kirk's book is being reissued, for it constitutes not only a contribution to the American literature on the war but also firsthand evidence of that bitterness, collected by one of the best of those correspondents, sometimes under fire.”

-from the Foreword by Arthur J. Dommen, author, "The Indochinese Experience of the French and the Americans: Nationalism and Communism in Cambodia, Laos, and Vietnam"

“One of the few Vietnam war correspondents who spent more time in the field than in the bars in Saigon, Kirk ... makes clear that the GIs knew they'd been had long before the folks back home realized it.”

“The book was originally published [in 1975] and has been freshened with periodic flash-forwards as the author returned a generation later to visit some of his old haunts.”

“Donald Kirk's book is a major contribution to US literature on the war.”

“This updated edition is interspersed with new chapters that reveal what is happening in Vietnam and Cambodia today and the bitterness over the conflict that still lingers.”

“An honest portrait of an army in retreat….A reporter who believed in getting his boots muddy, Donald Kirk visited various line units of the Americal Division and 101st Airborne during the withdrawal phase of the Vietnam War. His accounts of brave but unmotivated grunts ring true. Kirk also conducted extensive interviews with support troops at major bases like Chu Lai and Da Nang, where morale was even worse than in the field, and his accounts of the drug and racial problems that beset the US Army during the latter years of the war are also fair and accurate.” 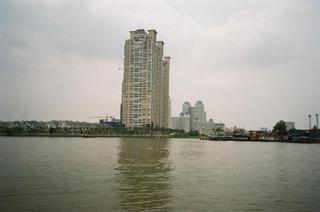 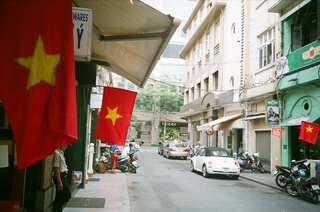 Vietnam flags hang over sidewalk near Rex Hotel, Saigon, against background of Gucci shop, May Day 2010 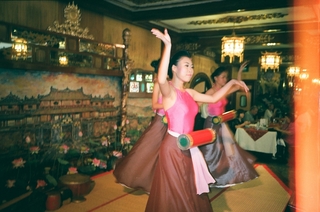 Dancers run through a traditional routine for dining room audience in Rex Hotel, Saigon, where U.S. information officials once had offices and gave briefings known as "5 o'clolck follies."

TALES OF A TRAGEDY

Covering our longest war
Looking back on the old days in Vietnam, Cambodia and Laos
Vanished in a Time of Killing
Looking for former guide in Cambodia

U.S. helicopter hovers over landing zone, northeastern Cambodia, near the South Vietnam frontier, May 1970. Cover photo by the author. Click to order online
It Was 2: 00 A.M. Saigon Time

AJN, American Journal of Nursing. 65(12):77-79, December 1965.The sense of being a part of important events, a dedication to what their profession means, supports the military nurses in Vietnam through heat, the hardships of field life, long hours of duty, and working under difficult conditions. © Lippincott-Raven Publishers. 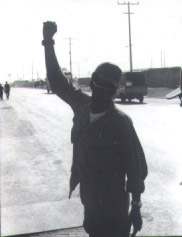 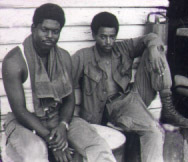 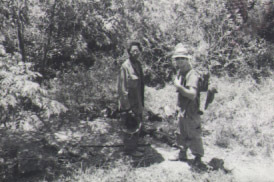 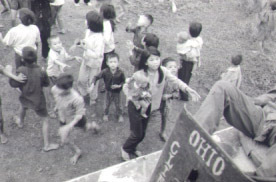 Kids scramble for C-ration goodies tossed by GI's from aboard an armored personnel carrier, South Vietnam, 1971 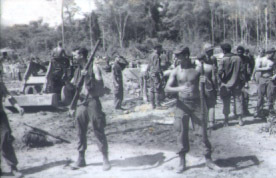 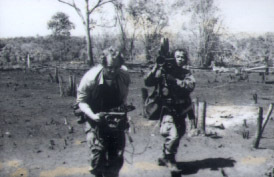 ABC correspondent Steve Bell and cameraman Dang Van Minh, LZ Valkyrie -- Steve, after an illustrious career with ABC, passed on his knowledge as a professor at Ball State for 15 years, Minh, surviving severe injury in Vietnam, worked in ABC bureaus in Los Angeles and Chicago. 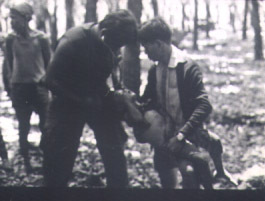 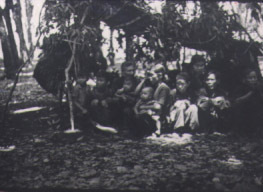 Family in shock moments after the child's death 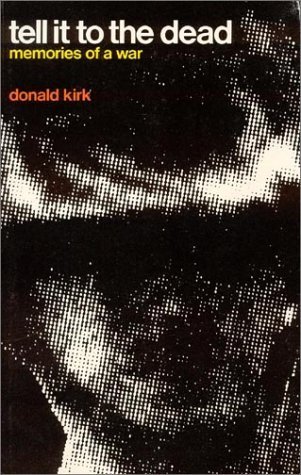