As the Seoul correspondent for the International Herald Tribune and contributor for The New York Times, Don Kirk has become synonymous with news reporting on Korea of the highest quality. He is the author of two books about modern Korea, Korean Dynasty: Hyundai and Chung Ju-Yung, and Korean Crisis: Unraveling of the Miracle in the IMF Era. Mr. Kirk first began covering events in Korea in 1972 and has been resident fulltime here since 1997. On the basis of a journalistic career spanning more than 30 years, Mr. Kirk offers his perspectives in the interview below on the current events in Korea that have commanded the attention of the world

Duerden: Is Korea an exciting place to cover?

Kirk: There's always something going on. It's somewhat repetitious but it's the same for London, New York or even Baghdad. I'm into several stories here, all of them ongoing: there's the economic story, the North Korea story and there's the cultural story, which I don't really have time to cover. There are quite a few strands here and they are always percolating, if you'll excuse me mixing my metaphors!

Q: What are the most significant stories you have covered?

A: I'd say the assassination of President Park Chung-Hee in October 1979 and the turmoil that followed, and the Gwangju revolt of May 1980. I visited the city several times to cover the story in what was a most exciting period. The economic crisis of 1997/98 was a totally different type of story but very significant nonetheless.
The Gwangju revolt was also a human rights story and along with the economic events of 1997/98 was a story of the transfer of government, since the election of Kim Dae-Jung marked the first time that an opposition leader had come to power.

Q: You must have seen your fair share of scandals and crises during your time here. Is the present situation any different?

A: Not really, except for the issue of the payoff to North Korea over the 2000 Pyongyang summit. It's interesting because one doesn't know where it's heading, if it has come to an end or if there will be further revelations. There have always been corruption scandals here. The big difference between here and the Philippines, say, is that in Korea the perpetrators get arrested.
The scandals also reveal ongoing corruption and come tinged with a desire for revenge. It's hard to know what to make of it. Or why corruption is endemic when the penalties are so high.

Q: Despite its setbacks, Korea has become a major economy and trading power in the time you have been covering events here. What do you think makes Korea so resilient?

A: I think it's been a great combination of drive and decades of frustration under Japanese rule and before that, the Li Dynasty, which was a closed, rigid system that discouraged creativity. Under the Japanese, things were even worse.
All this has generated a desire to catch up with, and surpass the rest of the world. During this time, Korea has had the security of alliance with the United States, of course, and I think that has been important.

A: Historically, the top-down chaebol style of management was oppressive towards workers and so labor did not do very well. Until 1987 strikes were not allowed and people were thrown in jail for organizing any kind of labor action. So now with the freedom to strike, unions go on these annual "spring offensives."
I put the current upsurge in activity down to workers' frustrations about being left behind since the economy has not been expanding as much as it has in previous years. Also, talk of privatization among the railways and banks has stoked fears of job losses.
I certainly try to cover labor issues and understand the labor point of view. For the Hyundai book I interviewed labor leaders, some of whom were in jail and covered the big demonstrations of the time.

Q: While North Korea is in a nuclear standoff with the United States, North/South cooperation is at an unprecedented height. How do you explain this dichotomy?

A: South Koreans really want to improve relations with the North and are not enthusiastic about the United States raising tensions. South Korea doesn't want to appear uncooperative with Washington, but does not share President Bush's enthusiasm for being tough with the North.
North Korea, for its part, wants to improve relations since it needs economic cooperation with the South. The big question is how will the [Hyundai/North Korean] Gaeseong Industrial Complex project fare?
One great thing about Korea is its unpredictability. No one predicted war [in 1950], the Economic Miracle, the rise of Kim Dae-Jung, or the nuclear crisis. No one can be sure that North/South relations will continue to improve. There are always impediments on the road to rapprochement. There could even be changes in North Korea of a surprising sort.

Q: From a personal point of view, what do you enjoy most about living in Korea?

A: Well, every story you do is a challenge, and I find the people stimulating, sometimes very nice, other times abrasive. I think all foreigners who live in Korea enjoy the mixture. I have a number of Korean friends, and that's another reason for being here.

Trump's South Korea visit does nothing to calm fears of war with Kim Jong-un
‘I don’t think he’s going to resolve the nuclear issue. He may make it worse’ 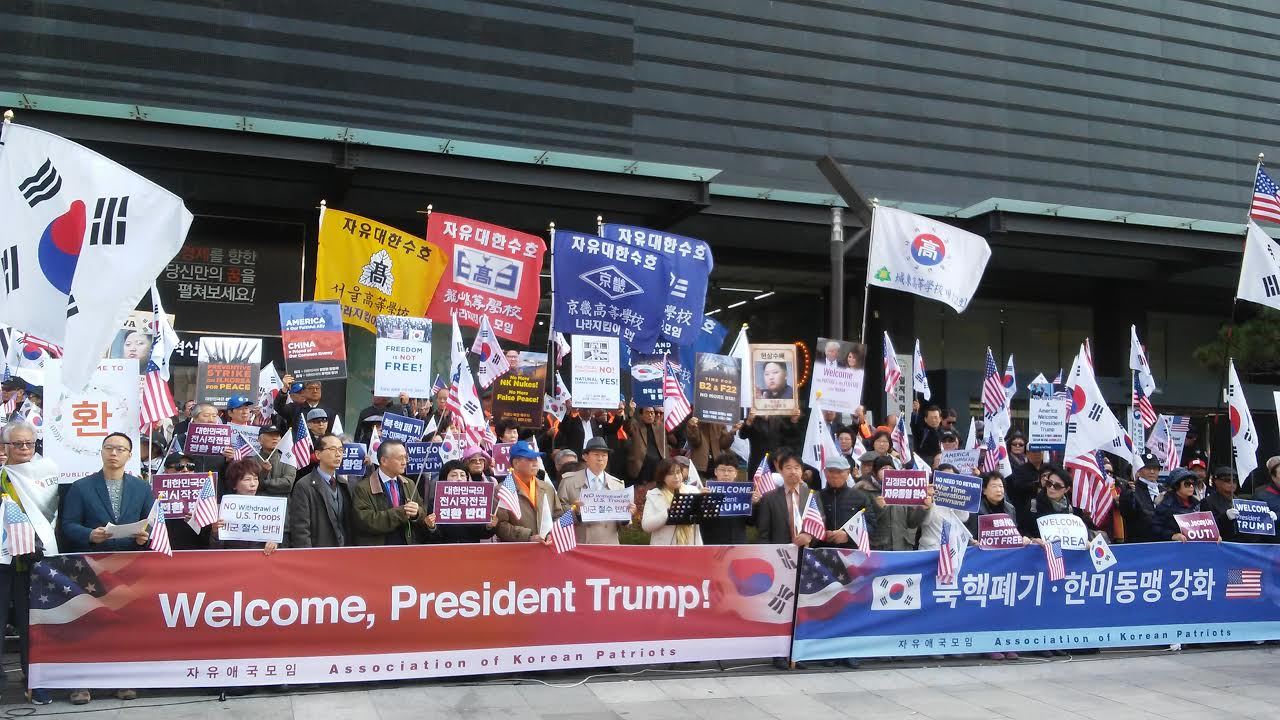 More fun at the Mud Festival

At the ballgame, Incheon

On the beach north of Wonsan, North Korea 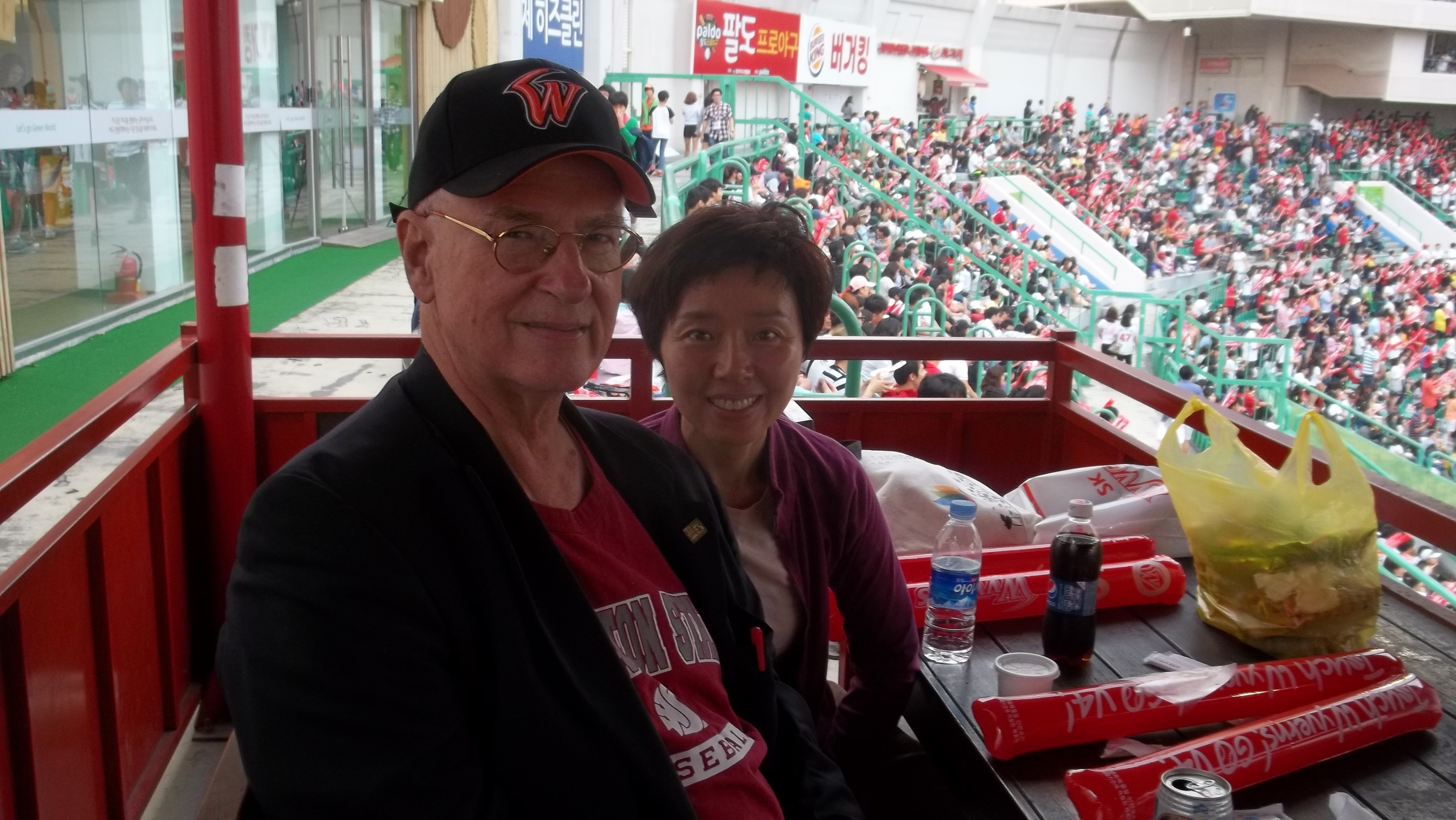 At baseball game at Incheon. SK versus Nexen
Loading…}