"For a probing look into Hyundai, readers should consider Donald Kirk's 'Korean Dynasty.' ....after years of dogged pursuit, [Kirk] managed to talk not only to Chung Ju Yung at home and at length, but also to most of his siblings and children. It is Kirk's book that one must read to learn the scandal-filled history of the Hyundai Group and its remarkable founder."

"Readable and honest study of the emergence of an Asian conglomerate"

"The story of Hyundai and its founder, Chung Ju Yung, is an epic - a 20th-century epic of Korean drive and a corporate epic in the league of Andrew Carnegie or Standard Oil....by far the best effort to date in English to describe how this remarkable man came to symbolize modern Korea by challenging many of the assumptions that Koreans, and their allies in the West, took for granted....for a liberal Western journalist, Kirk proves a surprisingly sympathetic observer, seldom allowing his views of autocracy or even of the strong-arm tactics used against Hyundai's nascent union movement in the late '80s to descend into preachiness.... deserves attention from anyone wanting the beginnings of an understanding of Korea's extraordinary postwar feats, the work of remarkable men not of economic theories."

"Korean Dynasty is a must read for business people and students of business and the social sciences learning about the socio-economics of Asia."

From the publisher:
"A trail-blazing book, the first major study of the inner workings of a Korean chaebol or conglomerate. Kirk, over the course of six years, probed deep into the inner fabric of the Hyundai group in pursuit of the story of the Korean economic miracle since the end of World War II and the end of Japanese rule over the Korean peninsula.

"On the basis of scores of interviews with members of the Hyundai family, from founders Chung Ju Yung to vice presidents, managers, clerks and assembly-line workers, Kirk traces the rise of Chung, his family, and Hyundai from a sidestreet garage to international giant in more than 40 areas of industry and finance. The story ranges from wartime construction, to the factories and labor strife of Hyundai City, Ulsan, to the scene of controversial new Hyundai enterprises in electronics and motor vehicles in California, to Chung's attempt to win a political position commensurate with his economic power in the 1992 presidential elections."

"An excellent book to assign in courses on contemporary Korean history and politics and, particularly, for the Korean segment of a course on East Asian capitalism and political economy. ... This book offers an outstanding introduction to how South Korea became rich and some of the cultural problems that accompanied the process and that can be expected to continue in the future."

"An interesting and informative book and I would recommend it above virtually all other English-language books on South Korean business....offers a wealth of information that should be reckoned with by all serious students of contemporary South Korean economy and society."

"Kirk´s characterization of Chung Ju Yung-rich, full, and multidimensional-is what holds the work together. He uses Chung like a mirror to reflect and illuminate the unique Korean psyche and the idiosyncratic culture and dynamic economic power to which it has given rise. Kirk also has a shrewd appreciation of history´s causes and effects. Thus his historical interpretations also provide essential insight into the country and the people. It is the kind of access unavailable from M.A.S.H. reruns, the once ubiquitous news clips of Korean students and workers rioting in the streets, and/or the occasional commentary on flare-ups with North Korea. Yes, there did exist a living, breathing Korea before the hoopla of the 1988 Olympics-even before Goldstar television sets and the Hyundai Excel popped up in America´s showrooms. Kirk gives us a good, solid sense of this Korea."

"A must read for foreign business people and students learning about doing business in Asia."

"There is no question but that this book makes a unique contribution. ...While everybody reads a lot about Mitsui, Mitsubishi et al., hardly anything has been said about the huge Korean chaebol which are a kind of hybrid between pre-war Japanese zaibatsu and the current keiretsu, so widely noted (and so little understood) among our business analysts."

"Recommended for executives, scholars, and students of business and the social sciences."

"Mr. Kirk's thorough and well researched account plots Hyundai's astonishing trajectory, and how it leapt boldly into new products and markets wherever there was business to be had. ... Anyone with an interest in Korean business should read Mr. Kirk's book."

"A wealth of detail and ancedote."

"Full of fascinating anecdotes related in a lively style by journalist and Korea-watcher Donald Kirk. ... Blow-by-blow accounts of high-stakes gambits that show Hyundai epitomizing both the positive and stultifying features of Korean entrepreneurship."

"....a must read for business people and students of business and the social scienes learning about the socio-economics of Asia. While much has been noted (though little understood) about Sumitomo, Mitsubishi, Mitsui, Dai Ichi, Sanwa, Sony, Toyota, Toshiba, NEC, Matsushita, et al.--the huge commercial engines that run Japan's economic machine--there has been relatively little in-depth analysis of the great Korean chaebol--the architects of South Korea's economic miracle.

"Kirk takes us on an impressive journey through this unexplored territory, exposing with meticulous detail the inner workings of a Korean conglomerate, the unique character of Korean business and how it interacts with its government and with foreigners, and the glaring and subtle differences between doing business with Korea and Japan."

"Although the so-called South Korean miracle has attracted much attention, there have not been many books that deal with this subject, certainly nowhere near as many as those on Japan's business structure and practices. That alone makes this book a valuable contribution toward redressing the imbalance."

"I enjoyed reading the book, and I would strongly recommend it to any persons interested in learning about business in Korea and/or doing business with Korean firms."

"This is an excellent and a very detailed report.... You will understand how the Korean economy is structured and operating....Also very valuable is the part on the difference between Japanese and Korean business operation in the States. It reminds the rest of the world about what difficulities would be encountered."

Drawing from his 20-plus years of journalistic experiences in the region, Kirk reports on Hyundai, Korea's largest business conglomerate (or chaebol). Kirk examines the Hyundai group in the context of Korean history, social and political systems, and business. A central feature of his well-written work is the controversial business and political life and career of Hyundai's founder, Chung Ju Yung, age 78. Based on the author's personal interview, discussions with executives both inside and outside of Hyundai, and public information, the work takes an unauthorized look at a number of the leading companies within the Hyundai group. This storylike account of Korea's largest chaebol, which is told in the context of Korea's rise from a Third World to a world-class economic power, complements Mark Clifford's Troubled Tiger (LJ 8/94). Recommended for executives, scholars, and students of business and the social sciences.

Interestingly, Donald Kirk's book entitled Korean Dynasty: Hyundai and Chung Ju Yung evinces the fact that Korea's scarce international recognition prior to the flourishing of its conglomerates actually hampered it from an even more tremendous growth. The volume is an account of the life of Hyundai's founder and the history of his incredibly lucrative conglomerate. Kirk explains that during its early days, when Hyundai Motor started shipping models to the North American market, one of its biggest setbacks was that buyers did not really know what to make of a Korean company. " We concluded Korea did not have an image problem. Korea's problem was it had no image."

Sixth son Chung Mong-joon
His campaign for mayor of Seoul
Family Drama
Hyundai Motor takes over Hyundai Construction
An American PR Guy's Life and Times at Hyundai Motor
Don's "guest review" for forbes.com of "Seoul Man" by Frank Ahfens
Hyundai: Naughty Chairman, Nice Cars
Chung Mong-koo gets out of jail
The empire and its founder
Writing about Hyundai and Chung Ju-yung
The Ross Perot of South Korea Puts Ours to Shame : Elections:
Chung Ju Yung is a multibillionaire entrepreneur running for president, and he makes his American counterpart look like a softie. October 11, 1992|Donald Kirk | Donald Kirk, a foreign correspondent, is working on a book titled "Hyundai: A Korean Dynasty."
- Los Angeles Times 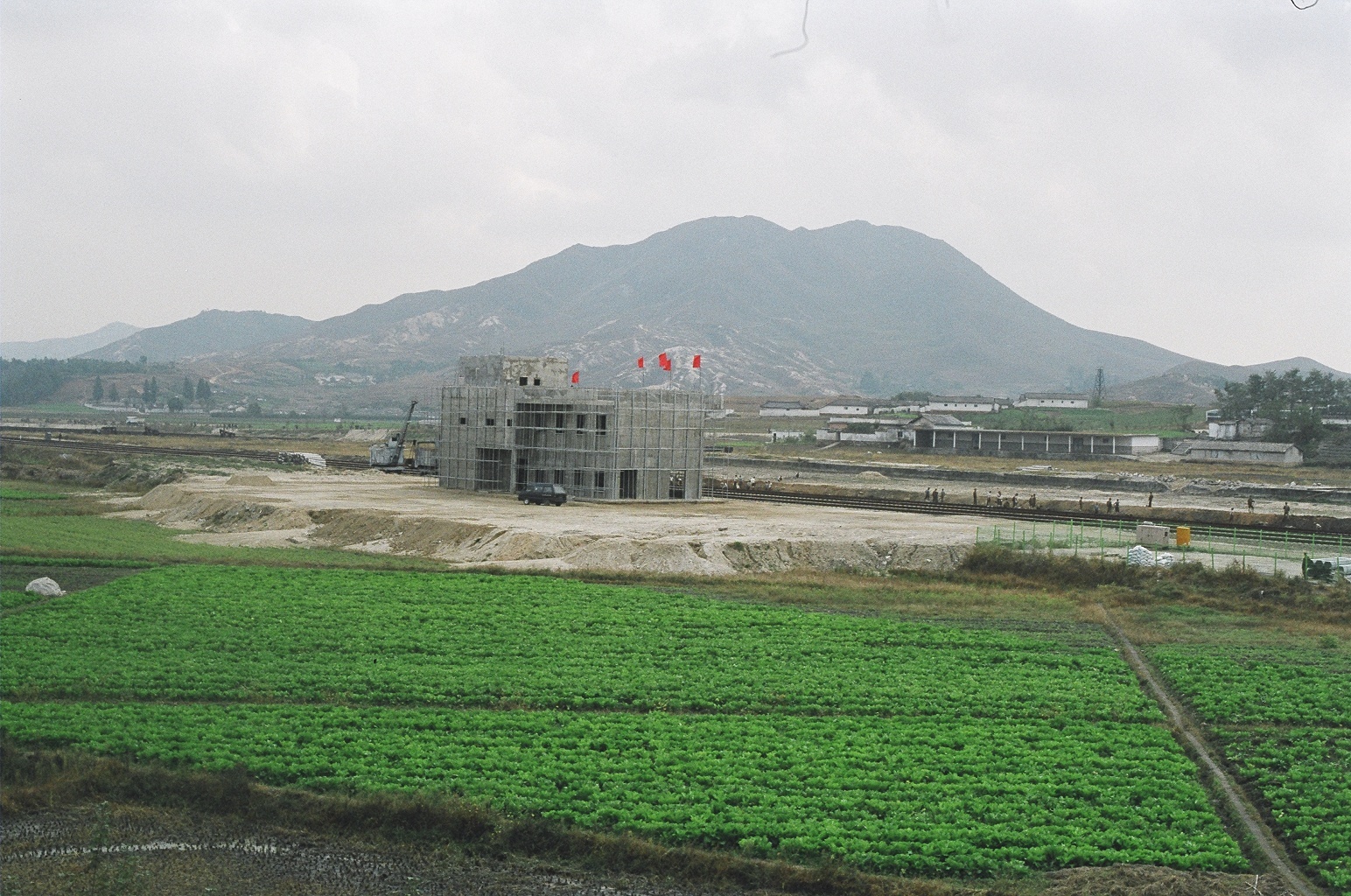 Kim Woo-Choong, one-time icon of the Korean 'Miracle,' made a fortune competing with Chung Ju Yung and Hyundai but lost it all when his Daewoo empire failed in 1999. 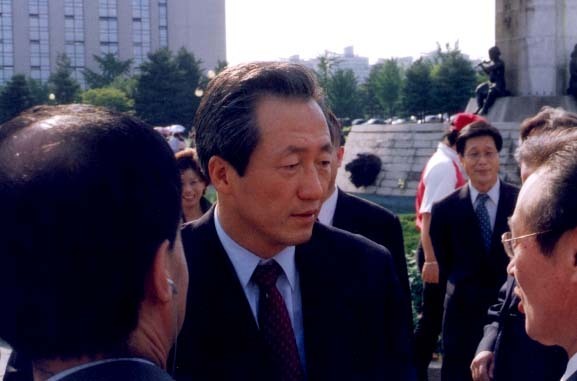 Chung Mong Joon, sixth son of Chung Ju Yung and the most approachable Hyundai heir, at the outset of his brief campaign for president in 2002. "M.H.," leading shareholder in Hyundai Heavy Industries, is chairman of the Korean Football Association. 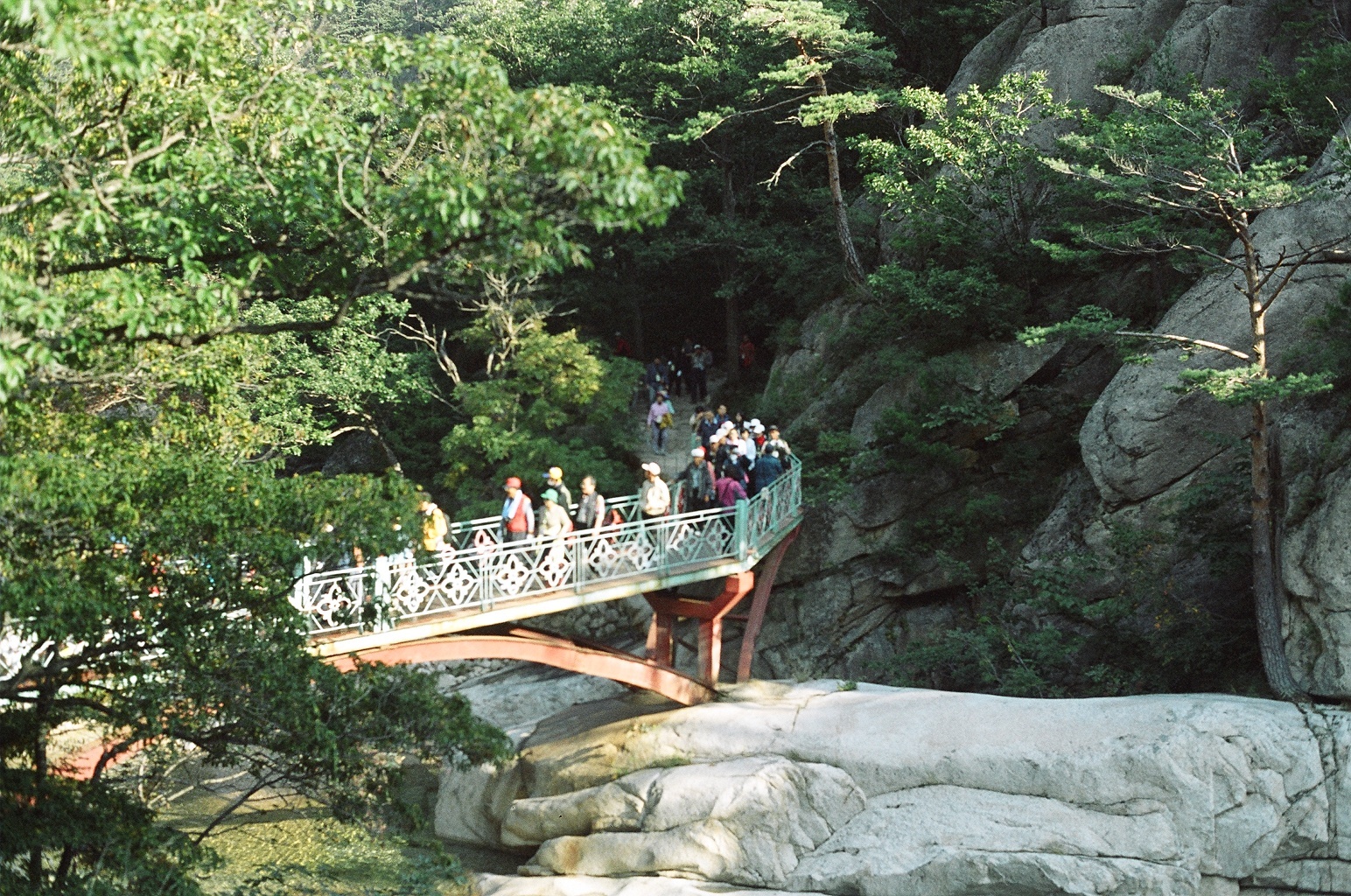 Tourists cross bridge across stream at Mount Kumkang, developed by Hyundai Asan in keeping with wishes of Hyundai founder Chung 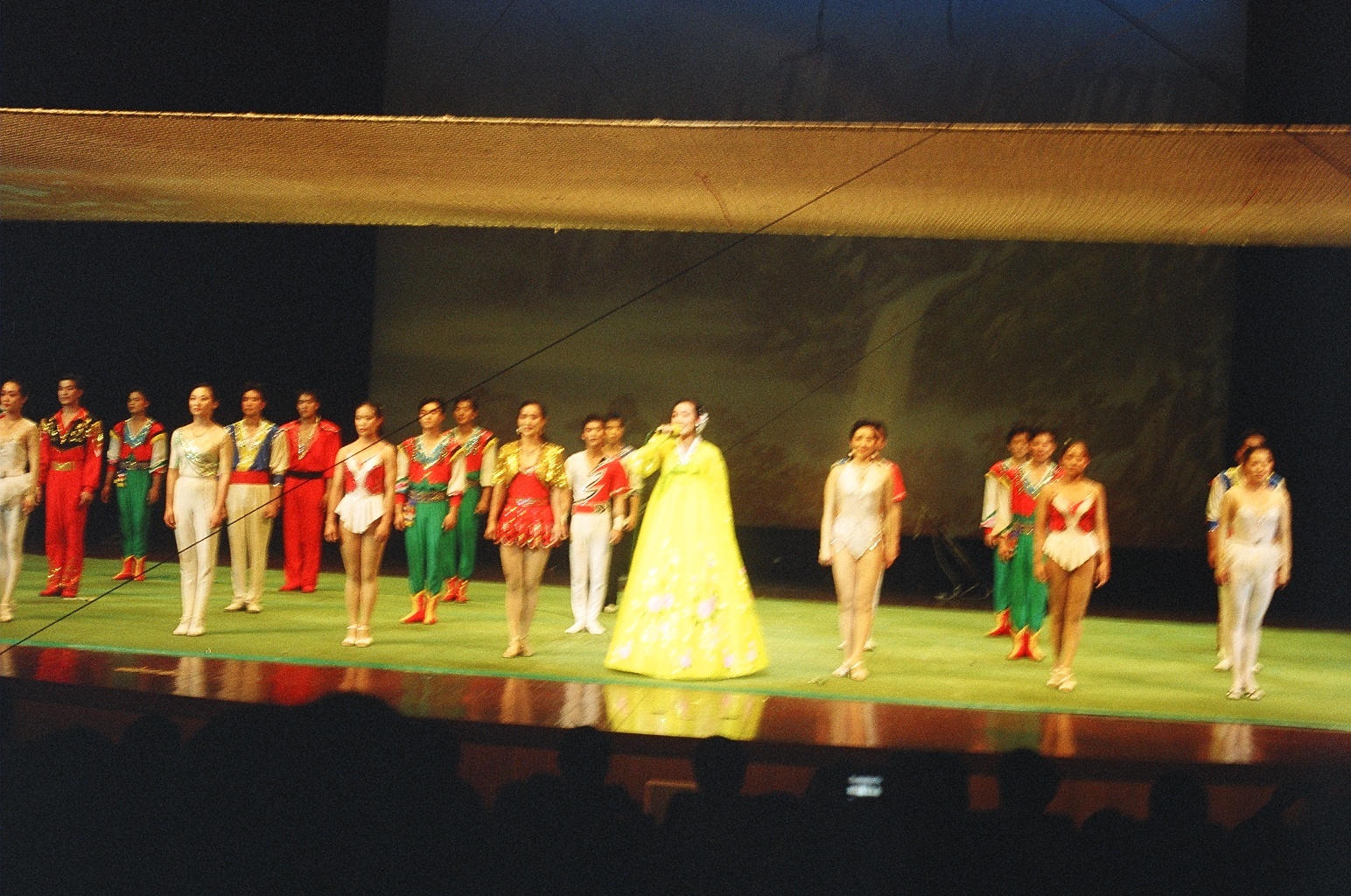 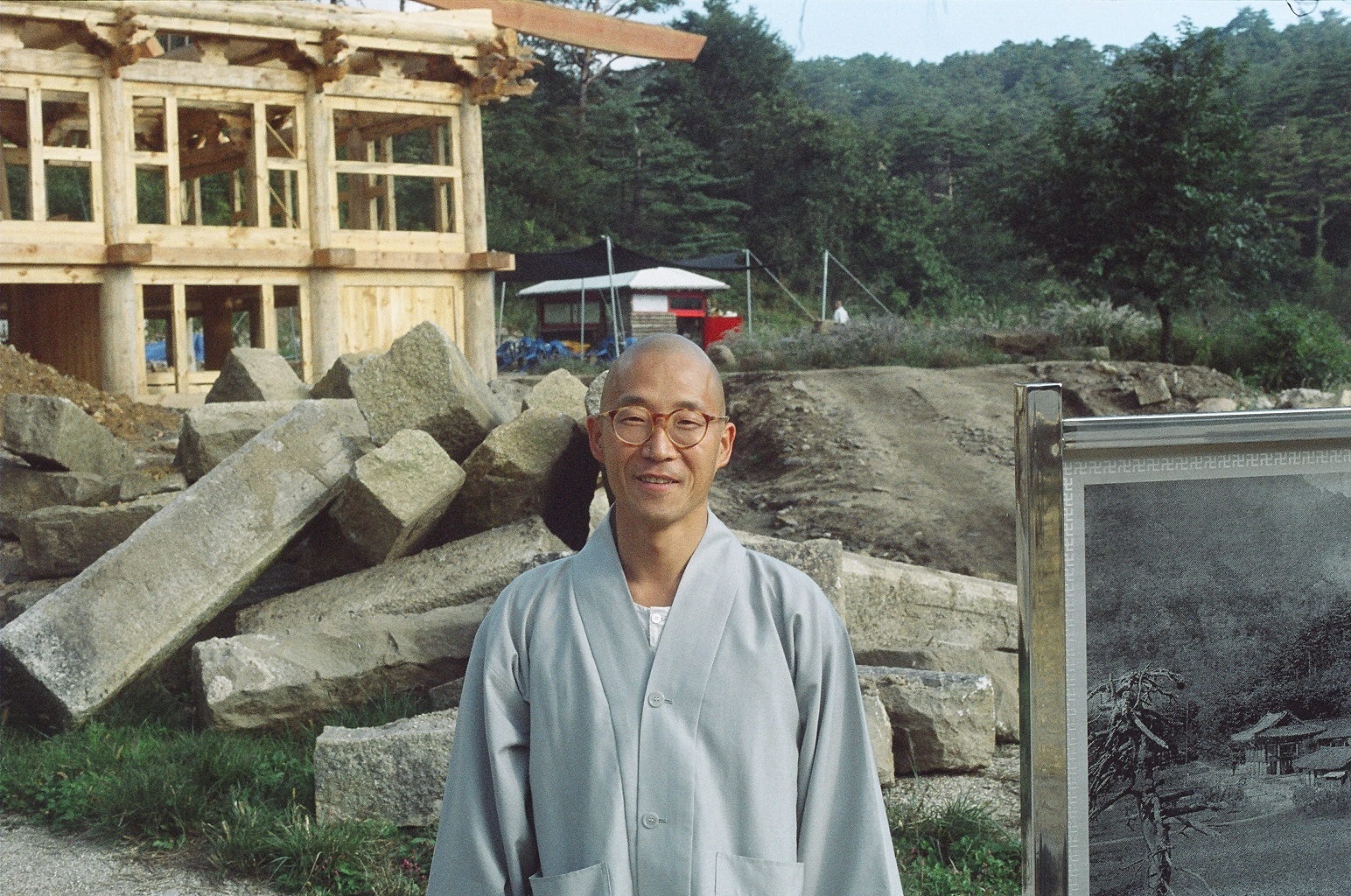 Buddhist monk Jejeong, from Seoul, with donations from Hyundai and South Korean government, overseeing construction at base of Mount Kumkang of Shingye temple on site of ancient temple destroyed in Korean War 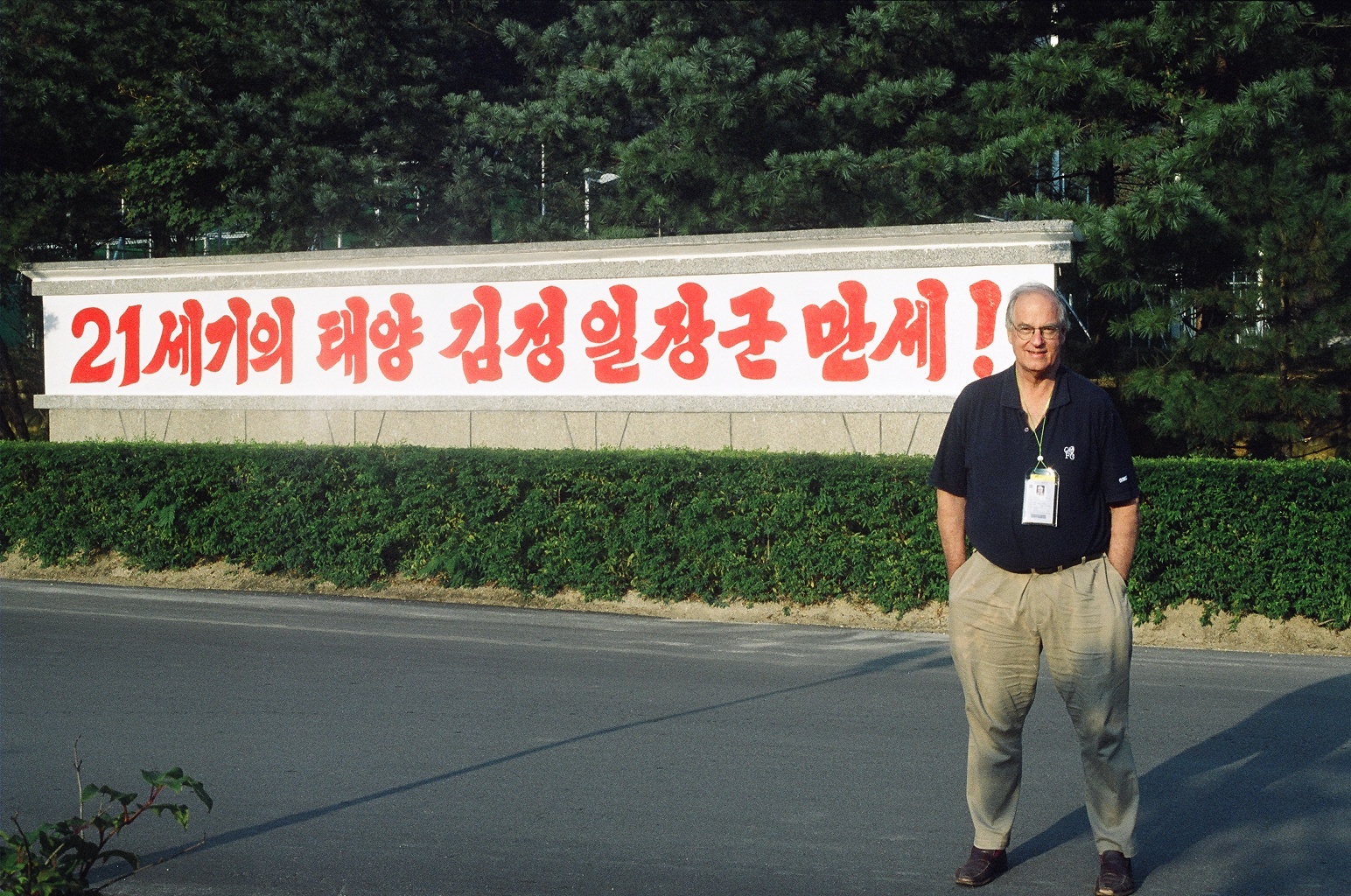